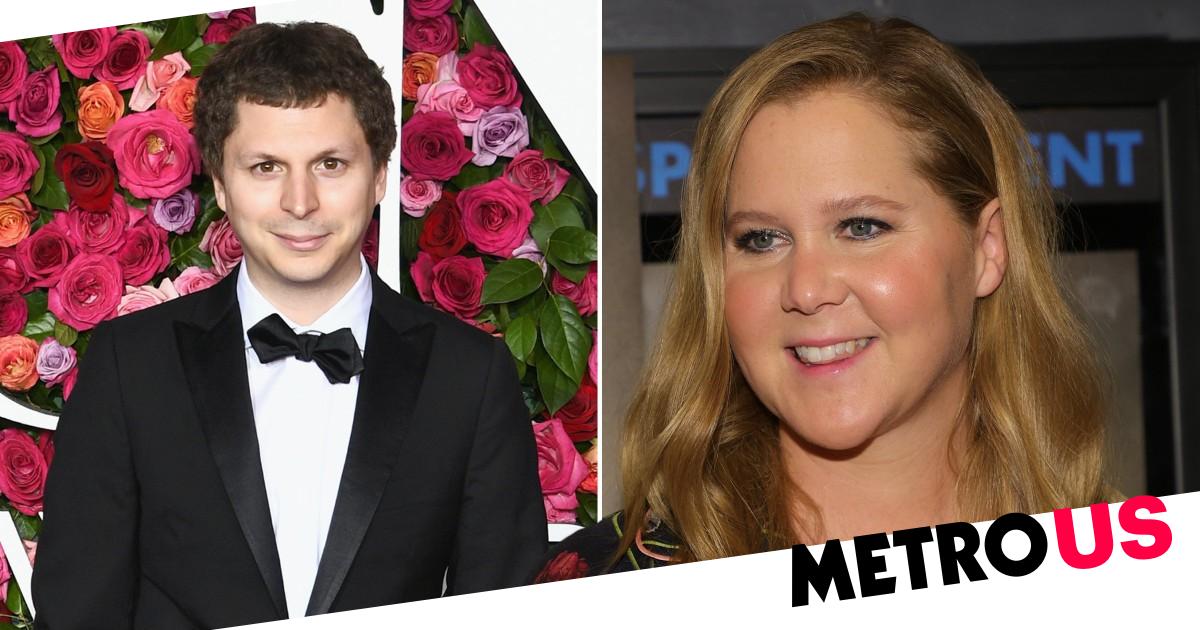 Maybe Amy Schumer isn’t the best person to tell your secrets to.

The comedian, 40, accidentally revealed that Michael Cera has a child.

She laughed the awkward moment off, joking that she ‘outed’ his baby.

Amy was talking about lessons for her own child, two-year-old Gene, during a joint interview with her Life & Beth co star, 33, when she dropped the bombshell.

‘Michael has a baby, too,’ she revealed during an interview with Entertainment Tonight.

‘Is that public knowledge?

The actor himself then seemingly confirmed that he is a dad: ‘We’re right at the beginning of it. We’re doing the very basics right now.’

However, he did not go into any more detail or reveal the baby’s name, age or sex.

Michael keeps his love life famously private, but rumours swirled in 2018 that he was married to longtime partner Nadine, after they were spotted wearing matching gold rings.

Meanwhile, I Feel Pretty star Amy has spoken openly about her journey to parenthood with husband Chris Fischer.

The star has shared her difficulties with IVF, saying it was ‘so hard.’

‘I did IVF, we made embryos and I went through the IVF process, which is so hard,’ she said on Chelsea Handler’s podcast.

Amy and Michael star opposite each other in Life & Beth, with Michael as the love interest.

The comedian wrote, directed, and executive-produced the 10-part series, which follows a 39-year-old woman – seemingly living the Manhattan dream with a great job and long-term relationship – who is forced to confront her past after a sudden incident.

The show follows Beth in two timelines, her present day, as she grapples with rediscovering herself as she approaches 40, and her awkward teenage years, which are a strong source of trauma.

Amy said she wanted to cast someone who she could ‘fall in love with,’ and actually pitched the idea to Cera over text, saying it was ‘insane’ that he accepted.

The star also disclosed that Life & Beth is based on ‘themes from my life’, with a few things thrown in that really happened.

Life & Beth will stream on Hulu in the US from March 18, while a date for its release on Disney Plus in the UK has yet to be announced.

Reps for Michael Cera have been contacted for comment.