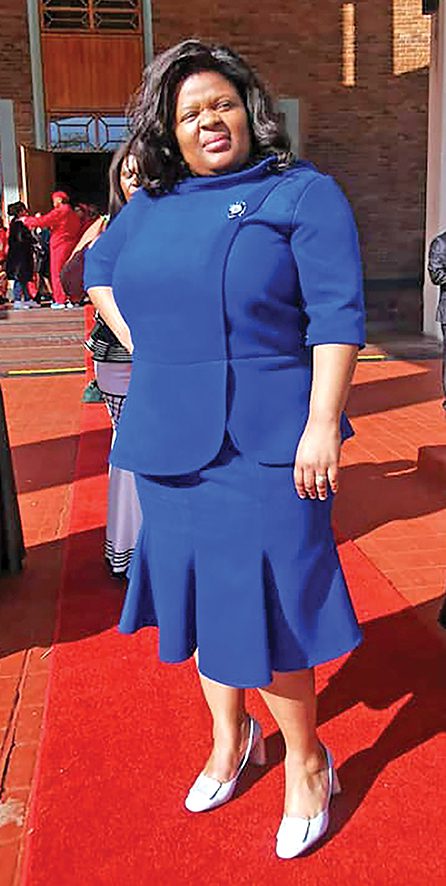 ANC branches at Dr WB Rubusana region made a swift call for the replacement of Buffalo City Metro (BCM) mayor Xola Pakati with his deputy Princess Faku, who was elected as the regional chairperson at the weekend.

Faku was elected uncontested in a controversy that saw frontrunner businessman Lunga Nqam withdrawing from the race to avoid bitter contestation.

Following the two-day conference, re-elected regional secretary Antonio Careles read out the conference declarations and, among them, was the call from the delegates for the regional executive to interface with governance to ensure synergy between the party and the municipality.

Careles said: “The conference thoroughly examined the state of governance in the region and agreed that if we are to make any advance in changing the lives of our people in this region, some critical decisions ought to be taken.”

His statement was qualified by the delegates who rose from the floor and said replacing Pakati with Faku would eliminate two centres of power.

Faku resigned as the ANC MP in November 2021 to avail herself for the BCM mayoral position but lost to Pakati, partly because of his experience as an incumbent.

Pakati holds no position in the party political structures and did not show any support for the current ANC provincial leadership, while Faku campaigned vigorously for its victory.

But the ANC Eastern Cape deputy provincial chairman Mlungisi Mvoko, who attended the Rubusana regional conference, said replacing Pakati would not be simple because he is the ANC national executive committee (NEC) deployee.

“In terms of deployments metros are a responsibility of the NEC, but they do so in consultation with the province. This comes from a regional conference, the regional executive will bring it to us and we will process it accordingly,” said Mvoko.