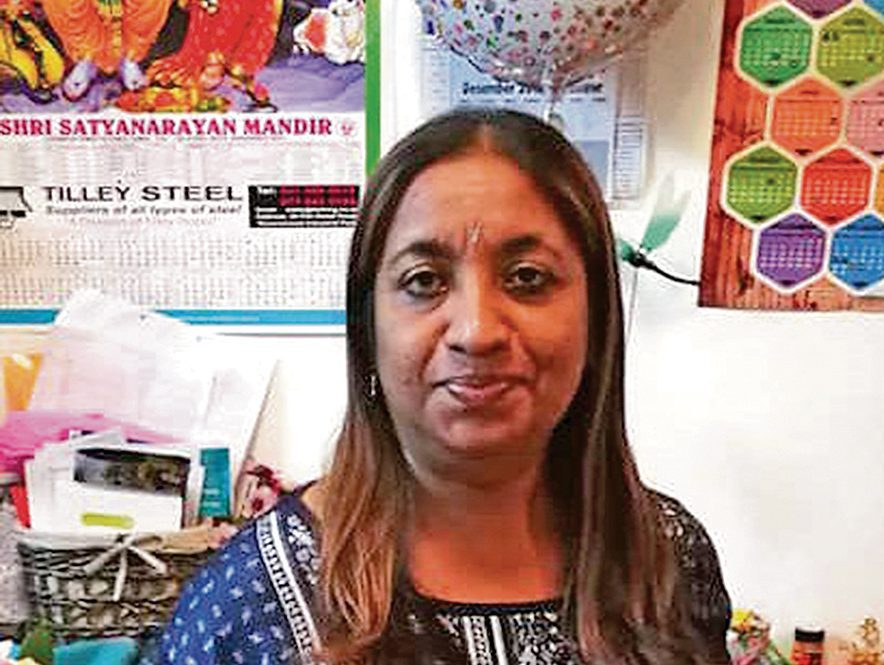 BluePrint for Free Speech has, on Tuesday, honoured Babita Deokaran with a posthumous international award for her role in combating corruption.

The award was presented to Deokaran’s daughter by  Blue Print for Free Speech representative and National Prosecuting Authority (NPA) head Shamila Batohi at a memorial rally organized by Ahmed Kathrada Foundation at the Mondeor Baptist Church in Mondeor, south of Joburg.

Deokaran was gunned down outside her house in Winchester Hills, south of Johannesburg last year  after she allegedly lifted the lid on corruption at the department of health in Gauteng, Tembisa Hospital in particular.

Honouring her, Batohi, who read a letter  from BluePrint for Free Speech, said as time passes by, South Africa ought not to forget the fallen heroes who fought against corruption.

The letter reads: “Today on the anniversary of her death, we remember and honour her inspiring actions as well as her ultimate sacrifice by making certain that the message is loud and clear that society will not tolerate such a tragic loss of life and will demands answers and the implementation of the current legislations as well as effective mechanisms in order to secure the safety of future whistleblowers.”

The organisation said Deokaran has paid the ultimate price for following her conscience and ethics in refusing to participate in corruption.

“She chose to become a whistleblower, she did not just report corruption, she in fact exposed corruption at the highest level. Babita collected evidence and chose to become a state witness knowing the risks involved, we as BluePrint for Free Speech recognise the value of public disclosure reporting,” the organisation said.

BluePrint  for Free Speech  also said it was alarmed by Deokaran’s assassination.

Batohi the organisation was “raising strong questions” about why  Deokaran was not provided with witness protection.

Deokaran’s sister Renu Williams said the family was still grieving as it has lost two siblings in a year. She said the Deokaran’s brother  died of Covid-19 six weeks before she was shot dead.

She said the family was not coping with the loss of Deokaran and her brother. She said it felt as though the shooting was recent. Speaking to Deokaran’s daughter, Williams said the family recognised the pain she was going through as she was very close to her mother and were inseparable.

“We will envelope her in love, the way her mom would have. She knows that her mom is a remarkable woman, ”she said.