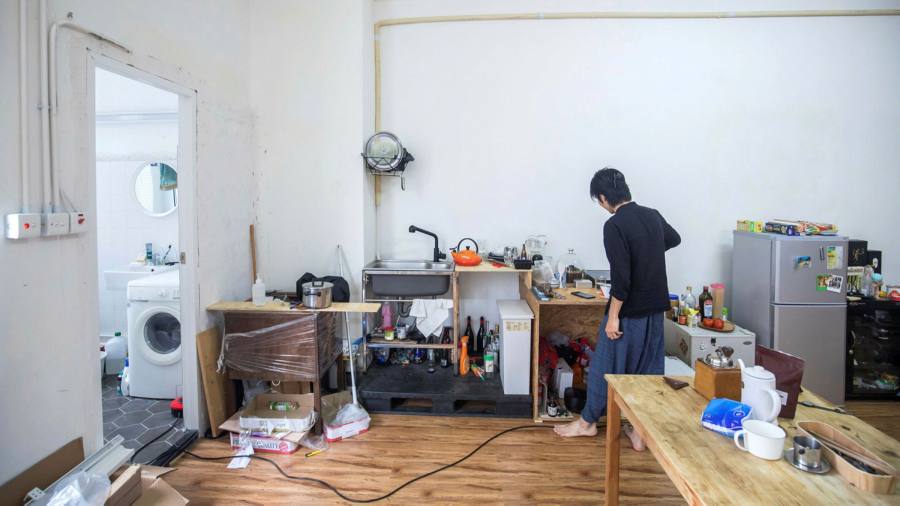 There is the adjective déclassé, but is there a noun for the opposite of arriviste or parvenu? Is anyone ever referred to as being nouveau pauvre?

In 2004, the writer Christopher Booker identified “seven basic plots” that recur in all the storytelling cultures of the world. Of these, rags-to-riches was among the most common. The inverse social journey doesn’t even make the list. Thomas Mann charts the decline of a grand family in Buddenbrooks, as does Anton Chekhov in The Cherry Orchard, but each drama is over a century old. In Wall Street, Charlie Sheen’s character passes one or two people coming the other way as he climbs the cliff face of America’s wealth distribution. Their stories go untold.

If this blind spot for the downwardly mobile were just a loss to the bookshelves, stage or screen, I’d let the subject alone. But I fear the stakes are higher than that. Look around, and you’ll see a world shaped by the furiously demoted.

The most persuasive explanation for the rage of today’s cultural left is that of “elite overproduction”. With too many graduates for too few jobs, the stock of articulate but underemployed youth grows by the year. Their absolute station in society remains enviable. Next to their parents’ lives, though, or their own expectations, the downgrade is glaring. Something has to come of all that eloquent anger. That something turns out, naturally enough, to be a theory of society as structurally rigged.

History spoils us with rightwing equivalents of the same resentment. Brexit did not attract a 52 per cent vote share as just a peasants’ revolt. The highly skilled but increasingly undercut tradesperson was part of the coalition. So were the medium-sized towns that had seen better days. Follow the chain of demotion upward and you’ll find the kind of Englander who was priced out of super-prime London, as well as Eton and Roedean, by the world’s rich. I won’t forget the (remorseful, to be fair) Leaver I met who complained that Chelsea was Chinese now. She said it, because of course she did, from her Italian home.

In the geopolitical, it is relative loss, not absolute position, that has to be watched for

None of which is to mock. In fact, if there is a target here, it’s the romantic and faintly Marxian belief that it is the worst-off who bring about the great social ruptures. More often, it is those who have come down in the world without hitting anything like its floor. The dispossessed middle-class, inflated out of prosperity, tore up the Weimar Republic, not just or even mainly the beggars and the people queueing at the soup kitchens. Demotion can sting as much as outright lack. Or at least those who suffer it are more likely to have the means to avenge it.

What is the present crisis if not a case study on the level of nations rather than individuals? Russia is richer than most states, and more powerful than all but a few. But there is no going back to its life as one pole of a bipolar world. And unlike post-imperial Britain and France, it didn’t have the consolation of handing over to a superpower that it could aspire to patronise as an offshoot of its own culture.

And still the equation of “worst-off” with “most dangerous”, because it makes intuitive sense. Even after 9/11, with its privileged Saudi author, there was an amazingly persistent notion of terrorism as the recourse of the world’s downtrodden. It brooked no denial from the man himself, who cited US boots in his homeland and his religion’s lost territories (“the tragedy of Andalucía”) among his grievances. In the geopolitical, it is relative loss, not absolute position, that has to be watched for.

As it is in the personal. It helps if you have, as I don’t, direct knowledge of the wrong kind of mobility. I am better-off than I was as a child, at which point I was better-off than my parents were at the same age. Any social trajectory that isn’t up, up and doggedly up takes effort for me to fathom. This includes even the water-treading of those who end up in the same coveted professions as their parents.

Without that effort, though, there is no understanding the true threat to civilised order. Pity them or not, according to taste, but be afraid of what the falling can take down with them.