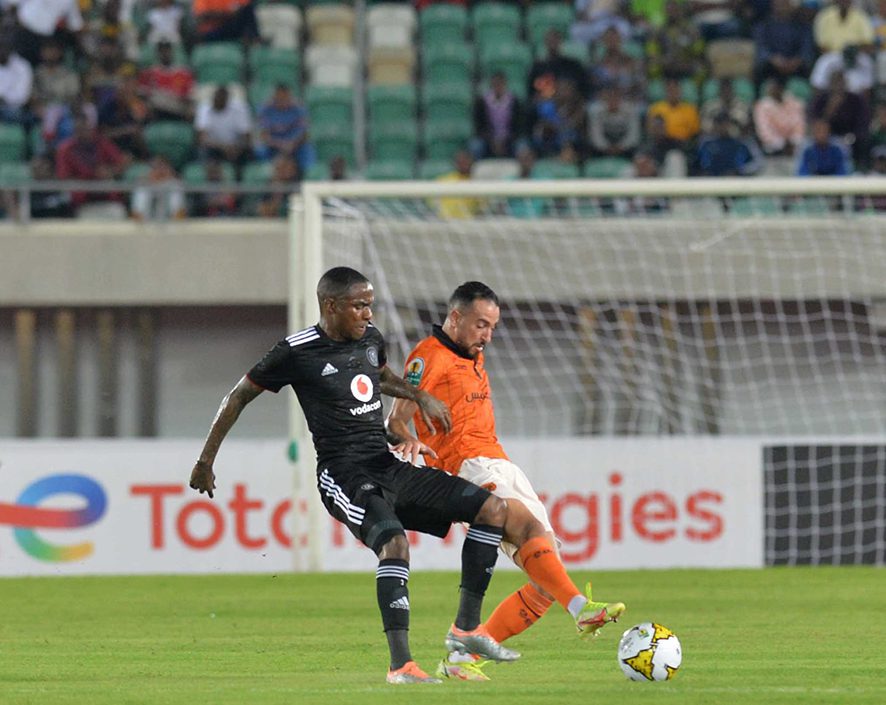 There’s an overused adage in football: “If you don’t take your chances, you’ll get punished.”

It holds true for CAF Confederation Cup finalists Orlando Pirates after painfully losing 5-4 on penalties to Morocco’s RS Berkane following a 1-all draw during extra-time in Uyo, Nigeria, on Friday night.

The Soweto giants looked to be on their way to making history by becoming the first SA club to win the second-most prestigious CAF competition since losing to Tunisia’s Etoile du Sahel in 2015 and suffering a 2-1 aggregate defeat to Egypt’s Al Ahly in the Champions League final in 2013.

The Orange Boys, as RS Berkane are known, are three-time finalists and champions of the 2020 edition of the Confed Cup.

It was a match the Buccaneers dominated but were let down by their erratic finishing.

They dictated every facet of this finale without converting the chances that came the way of the frontline trio of Kwame Peprah, Deon Hotto and Thembinkosi Lorch, the scorer of the life-line equaliser whose casual match-deciding penalty was saved by keeper Akbi Hamiani.

Bucs co-coach Mandla Ncikazi has raised the lack of sharpness of his charges when scoring opportunities arise, and it was their downfall on the big stage of the African inter-club championship decider.

Following a disputed penalty awarded against Bucs in extra-time and scored by Youssef El Fahli open the scoring, Lorch’s miskick rolled into the net in the 118th minute for the 1995 Africa champions to claw their way back into contention.

During the pensive mood of the penalty shoot-out, and when Lorch’s accuracy and bravery mattered most, he took a tame shot to register the only miss that decided the outcome of the match. It was disappointing, heart-breaking and tears flowed, despite the R10-million windfall.