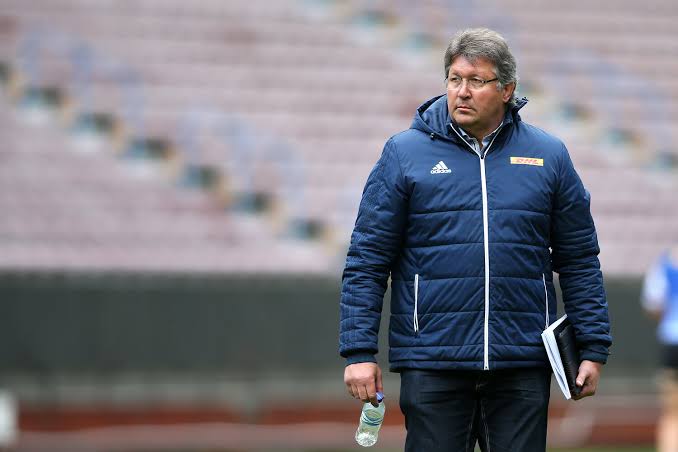 Johannesburg – The former Springboks assistant coach Gert Smal has been appointed as the new head coach for the Vodacom Bulls.

The Tshwane-based side went the extra mile to acquire the services of the 59-year-old.

Vodacom Bulls director of rugby, Jake White, said about the new appointment to the club: “We are excited to have a coach of Gert Smal’s calibre joining our ranks as the head coach of the Vodacom Bulls’ Carling Currie Cup team.

“The competition remains the premier domestic. It has, therefore, been important for us to bring in somebody with vast coaching experience and an understanding of the game to complement the vision of this union,” said White.

White said Smal’s arrival at the club, will add spice to the team, in bid to ensure plans to snitch the Carling Currie Cup are on track.

“We have now won it twice in a row, and we have won the most out of any union. So, we take it very seriously,” said White.

Smal who also played for the South African national team, has vast experience in coaching despite being the assistant manager, as he led various Irish national rugby teams before he could head to the Japanese Top League to take charge of Toyota Verblitz.

Speaking of his new venture, Smal said it’s an honour to join one of the top clubs in the country of his birthplace.

“It is an honour for me to be given this opportunity to coach at one of the top unions in South Africa and also in a competition of such prestige as the Carling Currie Cup,” said Smal.

The then flanker back in the days, made a significant contribution when he was assistant coach to White during the successful era which led to the Springboks winning the 2007 World Cup in France.