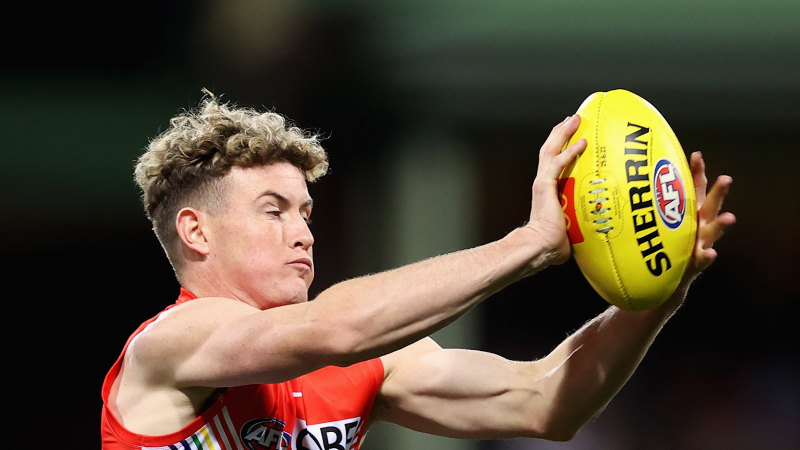 Warner is one of the reasons why the Swans have finished third to gain the finals double chance, with one of the Swans’ most significant victories against Melbourne at the MCG mid-season.

His strength, skills and running power have bolstered a Swans’ midfield, which already had quality playmakers in Mills and Luke Parker and another rapidly developing youngster, James Rowbottom.

Warner credited Mills and Parker for his significant improvement.

“Millsy and Parks have taken me under their wing a lot this year,” said Warner. “I think they just saw the potential I had and obviously the attributes I could add to the midfield. They’ve really pushed me a lot this year and kept me to a high standard.”

Originally from Perth, Warner could not be happier with the move to Sydney.

“The club’s been great to me,” he said. “They’ve given me an opportunity I’ve loved every minute of it. So obviously, it’s great sticking around with boys. I’m stoked.”

Warner’s parents are also pleased that younger brother Corey has come along for the ride.

“I’m not sure if they’re thinking about moving over here but yeah, they’re very happy we’re together. It’s a massive family vibe here and obviously helps us a lot.”

Sports news, results and expert commentary. Sign up for our Sport newsletter.