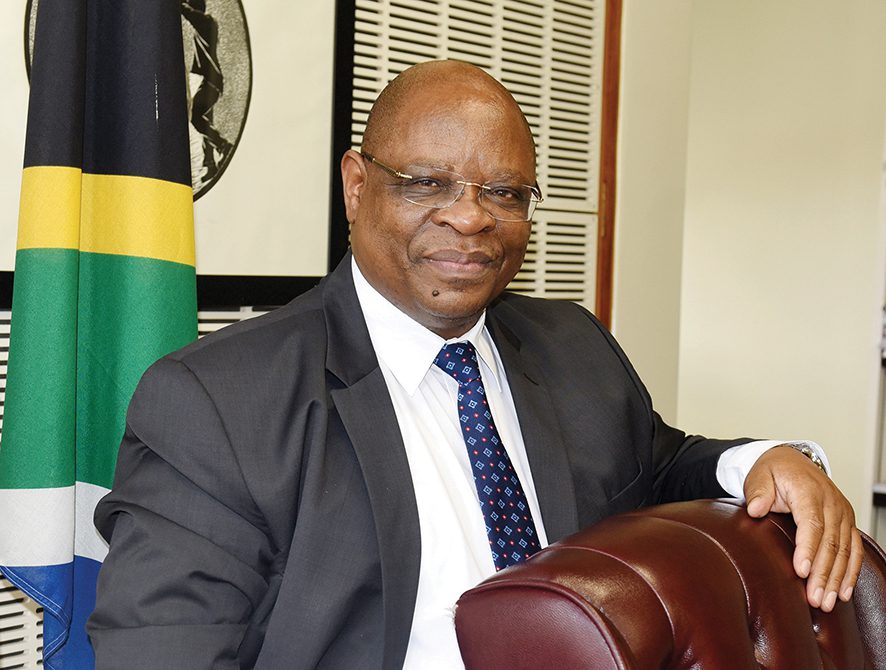 While the DA applauds the recent appointment of Deputy Chief Justice Raymond Zondo as the new chief justice, the EFF says it is “short-sighted, factional and uninspired”.

On Thursday, President Cyril Ramaphosa went against the recommendation of the Judicial Services Commission (JSC) and appointed Zondo to the top judicial position.

This after the JSC recommended that Supreme Court of Appeal President, Justice Mandisa Maya, ascend to the top of the country’s judiciary, which would have made her the first female chief justice.

In a statement, the Presidency said Ramaphosa has indicated his “intention” to nominate Maya to fill the vacant position of deputy chief justice.

“The inclusive process of selecting the next chief justice demonstrated not only the value that South Africans place on the judiciary, but also the depth of experience and capability within the senior ranks of the judiciary,” Ramaphosa said in a statement on Thursday.

“The position of chief justice carries a great responsibility in our democracy. As the head of the judiciary, the chief justice is a guardian of our constitution and the laws adopted by the freely elected representatives of the people.

“The chief justice stands as the champion of the rights of all South Africans and bears responsibility for ensuring equal access to justice.”

Several parties, except the EFF, have welcomed the president’s decision and congratulated Zondo on his appointment.

In a statement, the EFF rejected the appointment, suggesting that it is the final stage to complete the state’s capture by white monopoly.

It said in a statement: “The EFF rejects the short-sighted, factional and uninspired decision by Cyril Ramaphosa to appoint Acting Chief Justice Raymond Zondo as the next chief justice of the Constitutional Court of South Africa.”

The EFF alleged that Ramaphosa is rewarding Zondo for treating him with “kid gloves” at the State Capture of Inquiry that Zondo chaired, adding that it believed Zondo had stamped himself as a politically disruptive force in South African society over the past few years.

According to EFF, Maya was the most impressive during the JSC interviews.

“Ramaphosa has chosen to ignore the recommendation for a capable black woman, because he has a deep hatred for women and places his political desires above the transformation agenda in South Africa.

“The judiciary has been stripped of its integrity, independence, and objectivity. The highest court in the land will be turned into an instrument to fight political openness of the regime”.

However, the ANC has welcomed Zondo’s appointment and commended the president for being transparent.

“We commend the president for the open, inclusive, and transparent process that he followed in making nominations for the position of chief justice,” the ruling party said in a statement.

“We are confident that under the leadership of justice Zondo, the judiciary will continue to assert its independence, and give a progressive interpretation of the provisions of the constitution championing the rights of all South Africans and ensuring equal access to justice.”

DA leader John Steenhuisen took to social media to congratulate Zondo and applauded the president for the appointment. He wrote on his social media account: “President Ramaphosa has chosen a safe pair of hands in appointing Deputy Chief Justice Raymond Zondo as the next chief justice.

“Judge Zondo has a clear track record and will go a long way in restoring faith in the judiciary. Congratulations to Raymond Zondo on his appointment to be the next chief justice of the Constitutional Court of South Africa.

Former DA leader Mmusi Maimane wrote on his Twitter account: “May you serve South Africa honorably in this role and may you strengthen the credibility of the judiciary and increase access. God be with you.”

Advocate Thuli Madonsela also clapped for Zondo. She said: “Congratulations Acting Chief Justice Raymond Zondo on being appointed the chief justice of South Africa. May God’s grace and wisdom carry you as you discharge the enormous responsibility that lies ahead. Blessings”.

EFF Statement On The Appointment Of Raymond Zondo As Chief Justice Of The Constitutional Court pic.twitter.com/o8ysgBF496