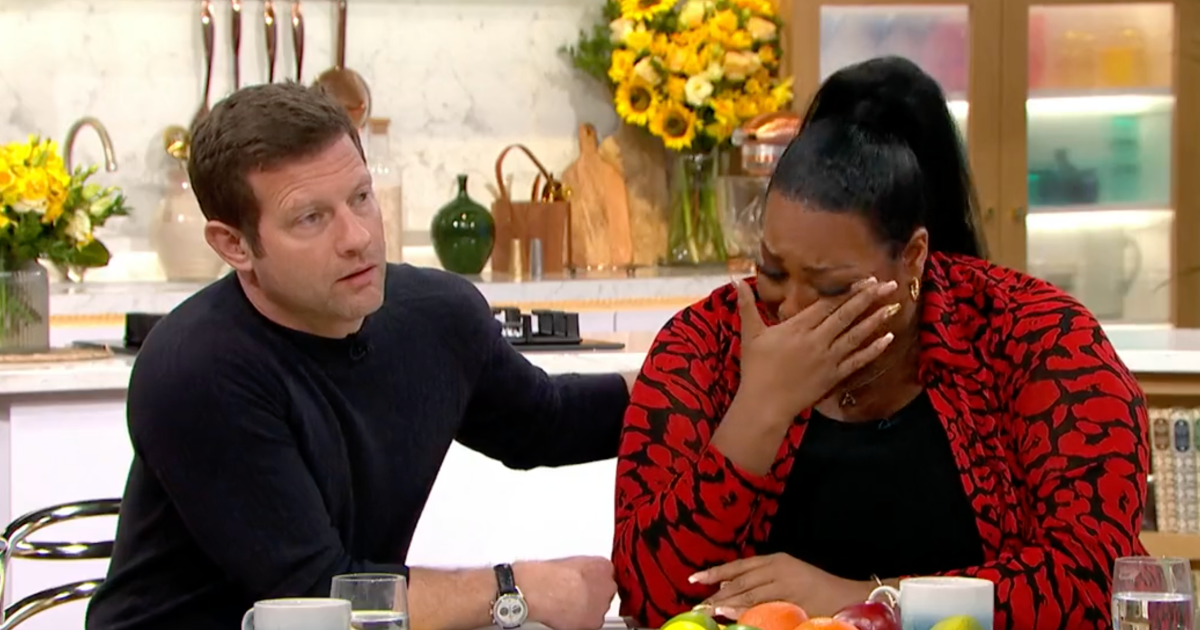 Dermot O’Leary has expressed the pride he feels in his This Morning co-host Alison Hammond after she broke down in tears talking about the treatment of people with obesity.

On Friday’s edition of the ITV programme, a caller phoned up the show to share their concern for their daughter, who they explained was struggling with eating issues and overeating, despite attempts to seek medical help.

The story left Alison visibly moved, as she opened up on how she has ‘had obesity all my life’ and emphasised that obesity is a disease.

Following the emotional segment, Dermot shared a post on his Instagram Story showering his co-star with praise.

Uploading a photo of her posing for the camera with a hand on her hip, he added a caption over the picture that read: ‘Proud of you.’

Several people have spoken out to share their admiration for Alison, Loose Women star Judi Love, who tweeted: ‘@AlisonHammond You are amazing and inspiring. We love you for your warmth and your beautiful self.’

This Morning star Dr Zoe Williams dubbed Alison ‘amazing’, writing: ‘I’m so proud of my friend
@AlisonHammond for explaining so clearly what many of us are campaigning so hard for, to put an end to weight stigma! And on #worldobesityday too. Ali you are amazing.’

One viewer who commended the presenter on her candid words tweeted: ‘Just when you thought you couldn’t love @AlisonHammond anymore, my girls and I laughed and cried with you today, you’re so beautiful.’

‘When I think I couldn’t love her more! I feel your pain.. you aren’t alone my love! People who have never had weight issues/eating disorders will never understand what it’s like,’ another commented.

During the conversation with agony aunt Deidre Sanders on This Morning, Alison broke down as she explained that when a person has obesity their ‘regulation system is out of whack’.

‘A lot of people don’t realise… people look down on people when people are so big, but you can’t help it when you’ve got a disease,’ she said.

When asked by Deidre what advice she would give the caller for their daughter, she responded: ‘She needs help, the NHS needs to see it as a disease more seriously.

‘They help people who are anorexic and not overweight, that’s why people get surgery.’

Dermot comforted her live on-air, describing her as the ‘most beautiful crier’ as he said: ‘If you can touch anyone at home, because of what you’ve experienced, that’s a good thing.’

This Morning airs weekdays from 10am on ITV.


MORE : Alison Hammond howls as This Morning caller’s cat only farts on her poor mum


MORE : Dermot O’Leary mocks past tension with Alison Hammond as they celebrate one year on This Morning: ‘We used to hate each other’