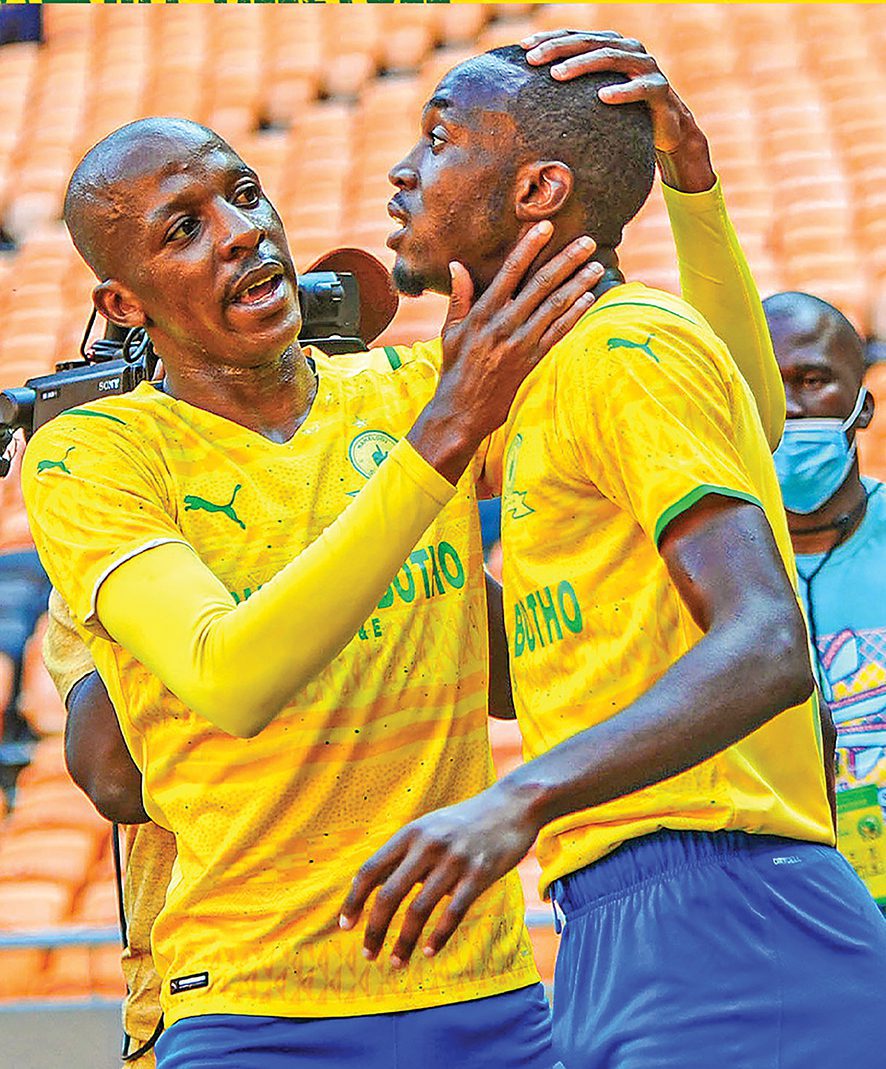 Mamelodi Sundowns’ dream of booking of a place in the semi-finals of the CAF Champions League went up in smoke after drawing 1-all  but in the end lost 3-2 on aggregate to a robust Petro de Luanda at FNB Stadium last night.

Despite their dominance in the second leg, Sundowns, who came to this encounter trailing 2-1, pulled out every trick in their book but found Petro
unrelenting.

Downs will go down in the history 2021/22 edition of the Champions League for fighting to the bitter end. The home side’s solitary goal came from defender Brian Onyango in the 49th minute but Petro equalised from a spot kick by captain Tiago Leal after a penalty was awarded following a foul by Andile Jali.

In one of the more dramatic moments, Petro’s Joaquim Cunga Balanga’s goal was denied after the referee Weyesa Tessema of Ethiopia consulted VAR in the 55th minute and ruled that Sundowns keeper Denis Onyango was pushed.

It is the first time this season that the team from the Winelands completes a league double over Amakhosi.

Royal AM is another side that achieved the same feat and it is only the third time since the formation of the PSL in 1996 that more than one club beats Chiefs twice in the same season.