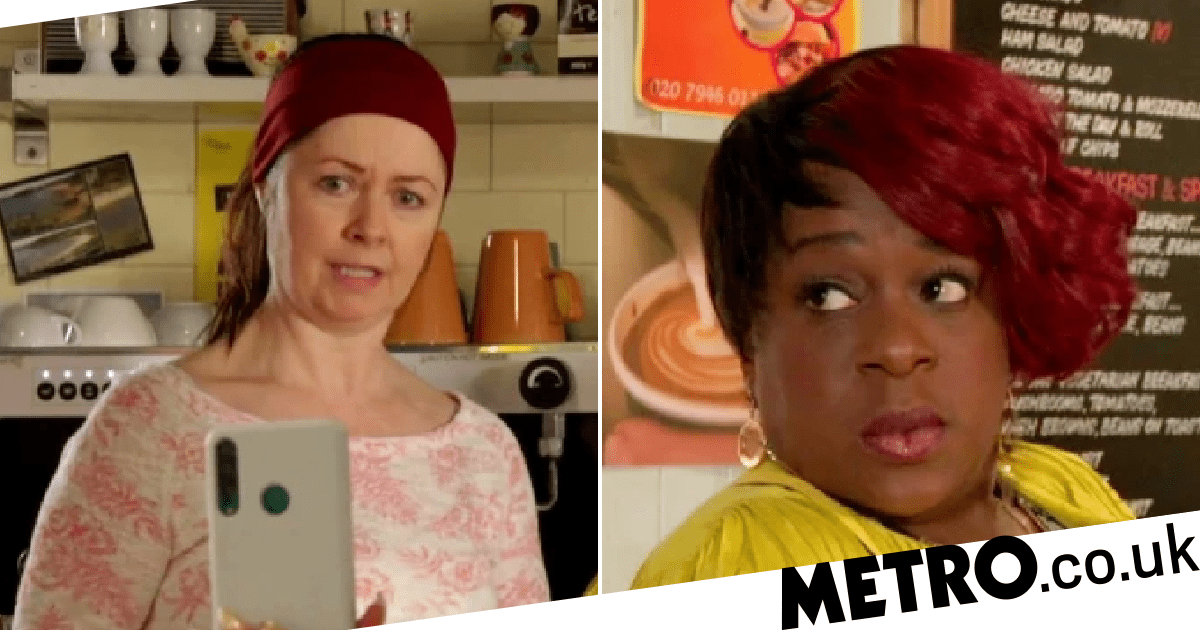 It’s always exciting when an EastEnders extra has a line or two to say in an episode – and that’s exactly what happened last night!

Elizabeth Sweet plays the role of Marie Evans in the BBC One soap, the waitress who’s worked in the cafe since 2003.

Often, Marie stays silent in episodes, with main characters usually addressing her for a cup of coffee, or another order.

However, she doesn’t stay quiet all the time as throughout the years, she has had the odd line to say like ‘on the house’.

Last night, Marie really had a lot to say as she wasn’t happy with Kim Fox (Tameka Empson) – who attempted to get her usual order for free!

‘Kathy said you have to pay!’, Marie reminded Kim, who sees herself as an influencer.

After the line was delivered, many fans reacted to the cafe worker’s line of dialogue.

‘What! Marie has a line? Tracey and Shrimpy will be having a full-blown conversation next!’, one Twitter user wrote.

Another simply added: ‘Marie?? Getting a line??’.

Of course, Marie isn’t the only extra in the soap who often surprises the audience when they speak.

Market stall owner Shrimpy (Ben Champniss) is usually seen covering stalls while other characters dash off to gets themselves involved in something dramatic.

And Tracey (Jane Slaughter)! The long-running barmaid has been in the show since the very beginning, and let’s not forget the time she told Mo she once slept with Phil Mitchell (Steve McFadden)!