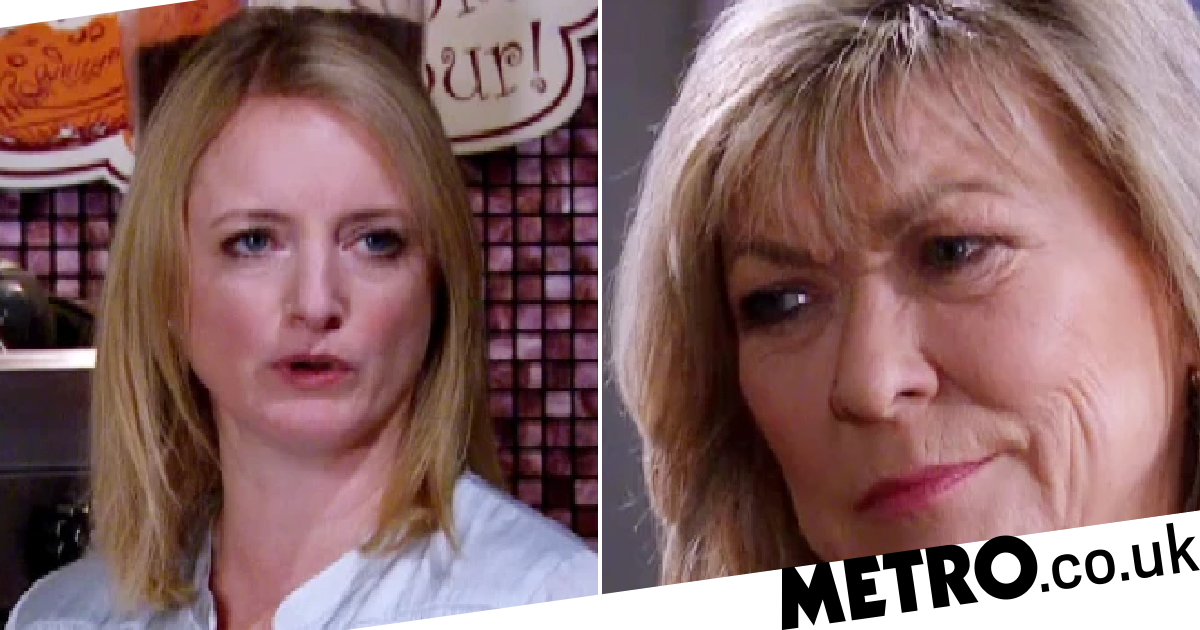 Yesterday, following the pub auction, Chas (Lucy Pargeter), Marlon (Mark Charnock) and Paddy (Dominic Brunt) were convinced Kim had bought the business – but they were wrong.

With Charity (Emma Atkins) and Ryan (James Moore) the new pub owners, viewers have been wondering what investment Kim had made.

Tonight, it was confirmed.

Will (Dean Andrews) was certainly curious, wondering how Kim had managed to find the money for another business.

And it appeared Kim wasn’t exactly truthful with Will, as she made her way over to Laurel’s (Charlotte Bellamy) with some life-changing news.

As Will and Kim entered the café, Nicola (Nicola Wheeler) joined the club of unhappy villagers, furious Kim was now her husband’s business partner.

Kim told Nicola that she can be a dream business partner but also, a total nightmare.

Are we about to see these two clash?

Could Jimmy regret letting Kim on board?


MORE : Emmerdale spoilers: Laurel and Jai split as the truth of his betrayal is exposed

If you’ve got a soap or TV story, video or pictures get in touch by emailing us soaps@metro.co.uk – we’d love to hear from you.

Join the community by leaving a comment below and stay updated on all things soaps on our homepage.