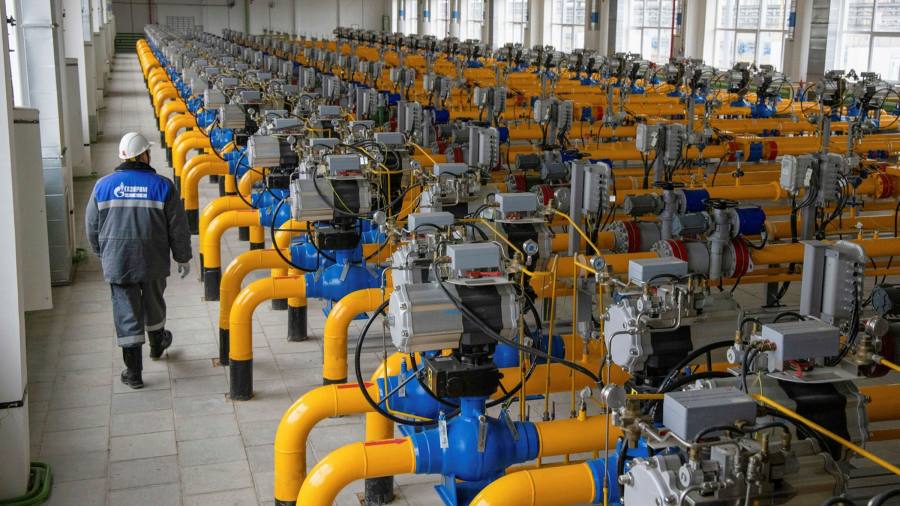 The EU intends to more than double the amount of gas in storage before next winter by providing subsidies to reduce its reliance on Russian supplies.

A European Commission draft proposal, obtained by the Financial Times, will set a target for 80 per cent of storage capacity to be filled by September 30, up from 29 per cent now.

Brussels proposes to scrap transmission fees for any gas in store, doubling the current 50 per cent rebate, and allow governments to pay companies to hold it.

The paper, expected to be adopted on Tuesday, suggests offering contracts for difference, which would guarantee a minimum price for the gas if its value drops while in storage, but other subsidies could be used.

Politicians have accused Russia of reducing gas supply deliberately to drive up prices, with an increase of 170 per cent over 2021. Gas reserves would allow countries to make up the shortfall. Russia accounts for 39 per cent of EU gas supplies, and the bloc has so far ignored calls for an embargo after the invasion of Ukraine.

Gazprom, the Russian oil company, also has influence over almost one-third of all gas storage in Germany, Austria and the Netherlands.

The paper suggests that countries impose windfall taxes on energy providers to compensate customers for high costs. But such measures could only last until June 30 and must not be retrospective.

Brussels also wants a faster deployment of renewable energy. Under current proposals to cut carbon emissions, gas demand would fall by 23 per cent by 2030.

“At high gas prices, co-ordinated action could further reduce EU dependency,” says the paper, which could change before adoption.

It urges quicker planning processes and greater investment. Countries have bumper receipts from selling carbon permits under the Emissions Trading Scheme. Revenue was €30bn in 2021, double the year before because of high prices.

“These revenues can be invested in accelerating the deployment of renewable energy,” the paper says. It adds that almost a quarter of solar projects were postponed or cancelled in 2021 because of higher material and transport costs.

Other ideas include a “hydrogen accelerator” which would increase production and build infrastructure to transport the compressed gas as an alternative low carbon fuel, and sourcing more liquefied natural gas.

Agricultural subsidies should be used to fund biogas facilities, which convert manure and other waste to gas that can be burnt.

Addressing the European parliament on Thursday, Simson said the EU must “deliver on resilience, diversification and energy transition. It has become painfully clear that we cannot afford to give a third country the power to destabilise our energy markets or influence our energy choices”.