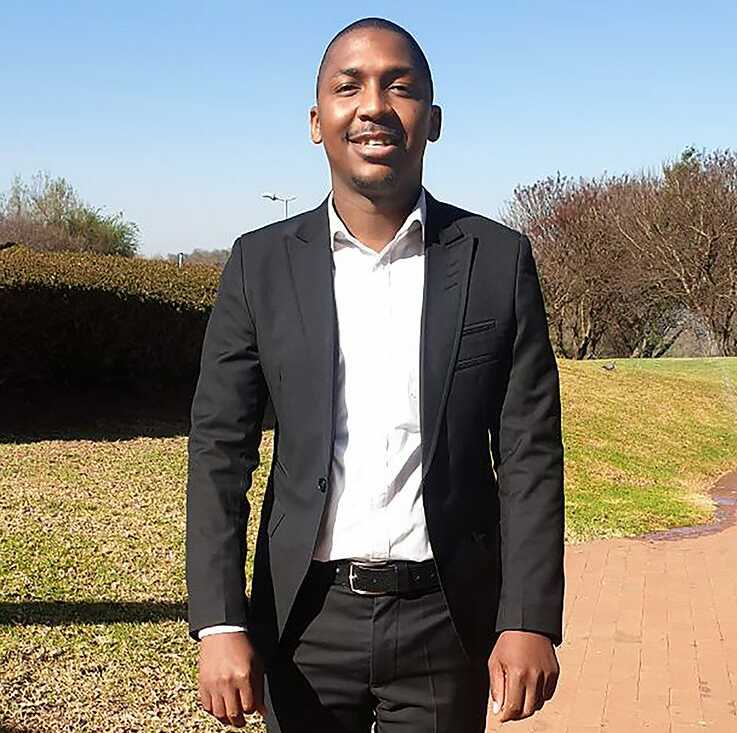 When 22-year-old music student Ntsikelelo Mkhwanazi from Umlazi, Durban, was notified he will be the understudy of Dr Musa Nkuna, who performs the role of Don Ottavio in the Joburg Theatre’s production of Mozart’s Don Giovanni, his worry was whether he will be able to learn the music in time.

He managed to calm his nerves by reminding himself that this was not his first opera, having performed in the Magic Flute at the Tshwane University of Technology (TUT) where he’s in his final year of study for a diploma in performing arts,

Mkhwanazi was dumbfounded when he realised the illustriousness of the person he will be understudying.

The 49-year-old Nkuna, whose long list of qualifications includes two master’s degrees and a doctorate, has worked in more than 100 theatre productions in Europe. He is busy with his second doctoral degree in musicology.

Nkuna made his stage debut as Don Ottavio in Switzerland’s production of Don Giovanni in 2001, when Mkhwanazi was still in nappies.

The tenor and composer, who has been based in Germany since 1999, is involved in the in-house production of Don Giovanni – which forms part of the Joburg Theatre’s 60th anniversary celebrations – as artistic consultant.

He has roped in the likes of international opera superstars such as Professor Kevin Short of the Juilliard School of Music in New York, who performs the role of Don Giovanni, and stage director and set designer Christoph Dammann, whom Nkuna has worked with in many opera productions.

Also, among the star-studded cast is North West-born and Germany-based soprano Caroline Nkwe.

On Thursday, during an intimate lunch in honour of Nkuna hosted by TUT – several of its students are understudies in Don Giovanni – and attended by Nkuna’s parents, Ntota and Violet, Mkhwanazi performed a special request by Nkuna from Don Giovanni.

“Working with him is fun. He is such a cool guy. It is a great opportunity for me. I also want to further my studies,” Mkhwanazi said.

Nkuna will return to Germany on Monday, after his last performance at the Joburg Theatre today at 3pm.

Interestingly, while Nkuna performs almost daily in theatres in Germany and around Europe, and while his compositions are performed in many countries, he was performing only for the third time in a full opera production in his home country.

Nkuna spoke with a sense of pride, a tinge of sadness and great measure of hope about the future of opera in South Africa, grateful for the advent of democracy that opened the doors of opportunities for black people to pursue careers abroad.

“I was the first black South African singer to work in Germany, everyone came after me. I must have done something right,” he said laughing.

“Pity we cannot make careers here at home … understandably so because there is a backlog of so many important issues … and unfortunately the moment you think of this [music and the arts] as entertainment, you have lost the plot.

“Music and art are not entertainment; it is part of culture. I, for instance, will never go and buy a ticket for a show as entertainment because I entertain myself at home – and I’m sure a lot of people do entertain themselves.

“If we want to build a culture industry, we should be able to do so by our approach. There are several ways to do this … I wrote my first song at 11. It was not the best, but my parents encouraged me to go on.

“It is nice to perform Don Giovanni, the Magic Flute … but the stories are not ours. We can decolonise this by composing our own operas that we can export to other parts of the world.

“Vocal music forms part of our lives as Africans … in everything we do; when we are happy, sad, mourning, [when performing] traditional rites … we sing.

“That’s why there are so many great singers in South Africa today … many start singing in choirs, churches and schools.”

He praised black South African opera singers and composers, who with rudimentary education and training, are sought after in the world.

Imagine what could be achieved if these youngsters’ love and talent for music was nurtured, he said.