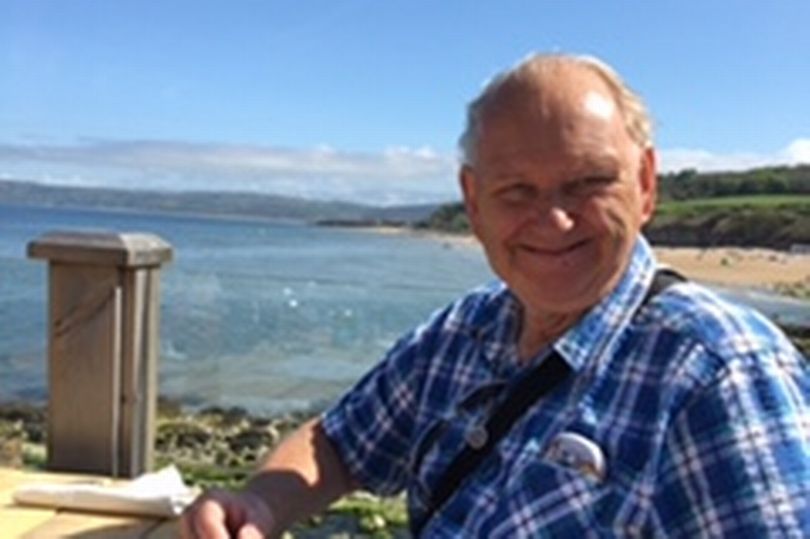 A DISABLED pensioner has just £60 to live on a week because his bank blocked him from his account for almost a year.

David Darlington, 65, has thousands of pounds to his name – but says he feels like a prisoner in his own home because he can’t access any of it.

The OAP is telling loved ones he’s “wasting away” after he was stopped from using his own finances and had his benefits cut by Cheshire East Council.

His family say the tough times are the result of David wanting to buy a caravan in Rhyl.

His nephew Mark Gibson said: “He didn’t want a trip to Las Vegas. He just wanted a simple thing and the council said ‘no’. Ever since my mum helped him to do that it’s been pistols at dawn.”

David suffered a serious brain injury from taking a fall down stairs 23 years ago which forces him to rely on round-the-clock assistance for basic needs.

But now his mental health is deteriorating because he can’t use any of his hard-earned savings.

His sister Pat Gibson, 67, said he wanted to withdraw some of his private pension savings which he’d accumulated throughout his career at Rolls Royce.

She told Cheshire Live: “When we were little we always had a caravan. He decided he wanted to buy one for himself.

“David had a horrendous accident when he was younger and fractured his skull. He was in a coma for 18 months.

“To see him now you wouldn’t think he was that different to a normal adult – but he is.”

Pat and Mark have been fighting to get Power of Attorney over the past year say David’s account in order to release the funds for what he wants.

On top of lacking the ability to spend any of his own money, a Cheshire East Council worker told David he was expected to pay the £1,429 per week to care for his care without the help of benefits.

The email states his access to personal funds was blocked over “lacking capacity to manage his finances”.

Pat claims David’s care company, Choice Support, were attempting to get money to pay for expenses, such as food and activities, because he only has access to around £60 a week.

Access to his funds was finally granted after it was deemed David was “capable” of handing over his Power of Attorney.

Mark says the priority now is to pay off the debt his uncle owes for his care costs.

He said: “He has been left to live on barely anything and is a prisoner in his own home. He can’t afford to go anywhere, it has been like that for a year. It’s heartbreaking.

“When we finally managed to access some funds I asked him what he wanted – anything in the world – he said a cheese sandwich. He is so used to having next to nothing.”

A spokesperson for Choice Support, which provides David’s care, said: “Our focus is on providing the best possible care and support to David through what is a very complex situation.

“We are holding regular conversations with him and in the main he is continuing to enjoy his normal, active life.”

A Cheshire East Council spokesperson said: “We can confirm that we are supporting Mrs Gibson’s brother, including assistance with his finances, and that he is happy and well where he is currently living.

“The council continues to positively engage with Mrs Gibson in discussions around the management of her brother’s finances.

“Cheshire East Council is mindful of its duty to protect and safeguard all vulnerable individuals and is unable to comment on the personal and sensitive issues raised by this enquiry.”