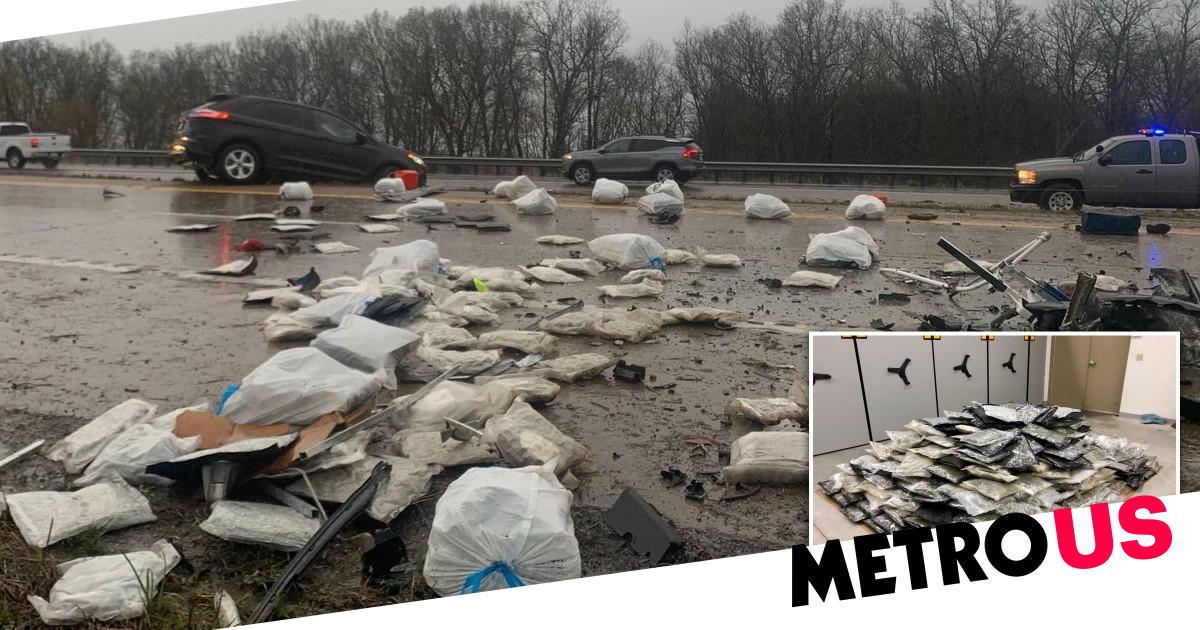 It’s not a common sight to find 500 pounds of marijuana strewn across a highway. But the day it went down, happened to be 4/20.

‘You don’t see this everyday, but it is 4/20…’ the Missouri State Highway Patrol tweeted in reference to the annual weed day 420.

An accompanying photo showed dozens of white sacks across a highway.

‘Troopers responded to a crash today on I-70 in Callaway County and found 500 pounds of packaged marijuana scattered around,’ the highway patrol wrote. ‘Luckily, nobody was seriously injured.’

In another tweet, the highway patrol said all the sacks were collected at the crash scene and ‘it took more than one patrol car to transport it to the evidence room’. Another image showed plastic bags apparently containing marijuana piled up like a pyramid.

The accident involved a pickup truck with two men, including the driver, and a woman who were transporting the massive amount of pot, according to KSDK.

Two men from Mexico, aged 34 and 32, were arrested and charged with first-degree drug trafficking, a felony, according to the highway patrol. In addition, one of the suspects was charged with reckless driving. The 32-year-old suspect is named Victor Gonzalez Acosta.

If convicted, they could face 10 to 13 years in prison, as well as fines.

In Missouri, pot is legal for medicinal uses only. Medical marijuana dispensaries generated $30million in state tax revenue in 2020, the Kansas City Beacon reported in January.