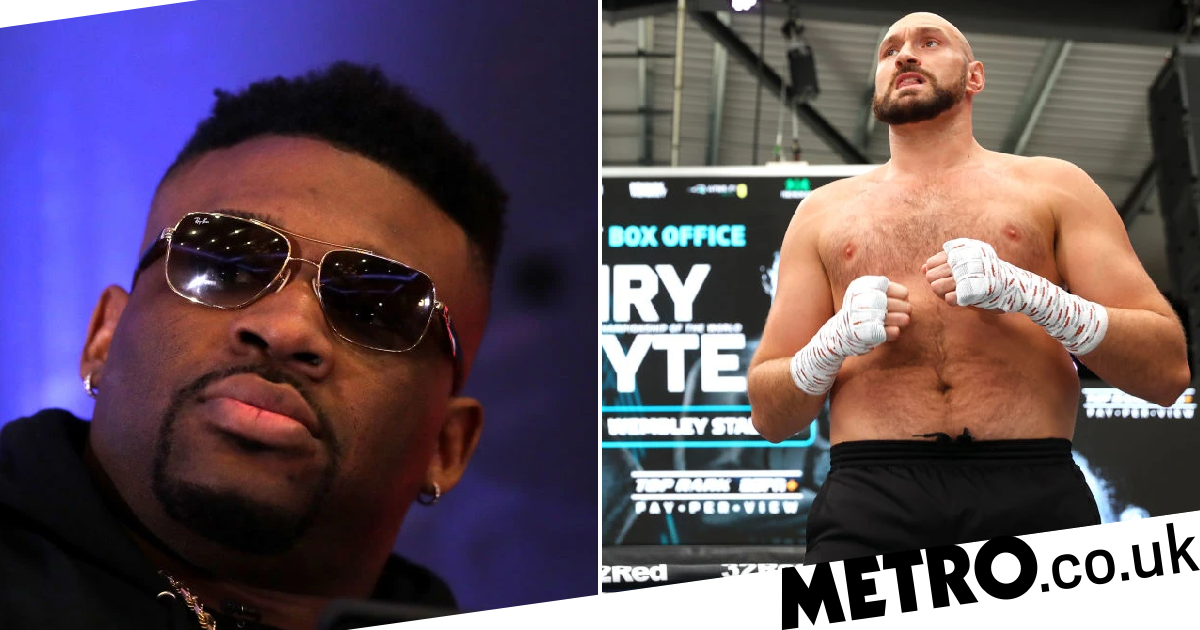 John Fury believes Jarrell Miller has learned from past mistakes and says the American will be welcomed back to Tyson Fury’s training camps in the future.

Miller arrived at Fury’s training camp in Morecambe last month ahead of Saturday’s showdown against Dillian Whyte and put in some rounds with the WBC champion after one of Fury’s regular sparring partners Jared Anderson picked up an injury that forced him to the sidelines.

‘Big Baby’ has endured a turbulent three years dating back to his ill-fated showdown with Anthony Joshua in 2019. Miller was poised to earn millions as Joshua’s first opponent in the USA but just weeks before fight night it was revealed he had failed three drugs test that saw his license suspended.

A return was on the cards in 2020 only for Miller to fail another test, resulting in him being banned from fighting in Nevada.

Miller’s reputation has taken considerable damage over the years with his future in the sport still uncertain after a string a of repeat offences.

But Fury Snr has offered a staunch defence of the 33-year-old, praising his role in the Fury fight camp and insisting there is plenty of time for him to turn his career around.

‘These boys we have had in camp, they are as good as what is out there,’ Fury Snr told Metro.co.uk.

‘Jarrell Miller, there is a stigma around his name but he deserves another chance and we give people chances. He was doing his job [in camp], performing well and working hard and he’s a nice young man.

‘I was glad to have had him in camp. He has given us every pound he is worth in what he’s doing. He has come in here, worked hard and done his thing. I can’t fault Jarrell Miller.

‘People have all got a past. If you look at the past and not the future, you end up making a wrong turn somewhere. He is only a young man, he still has plenty left in front of him.’

While Miller has been shunned by some in the boxing community, Fury stands by the decision to welcome him in and offer him another chance, suggesting it was Tyson’s decision to give him that opportunity.

The 57-year-old has also sat down to offer the American some advice with the Nevada State Athletic Commission recently voting to re-licence him as of 17 June – should he continue to return clean tests.

‘Thars what Tyson does. He gives people chances when they are down,’ Fury Snr continued.

‘You never know what is going to happen in your own career. You remember the people who help you in those moments. He works hard, Tyson got a lot of good stuff out of him. We will have him again any time.’

He continued: ‘People are always quick to write people off. I have spoken to him since he has been here and I have got to know him a little bit – it is just bad advice.

‘It is the same old scenarios with these fighters, they get into the wrong hands and listen to the wrong advice form the wrong people and look what happens. They are left to carry the can and the people that caused them the problems are long gone.

‘I see through all that. It is not all his fault. It is not my job to tell him what to do but I have tried to give him a bit of sound advice, not to listen to people he thinks are his friends. And he will get along a lot better. I think he has grasped that now.’

John Fury spoke to Metro.co.uk on behalf of FreeBets