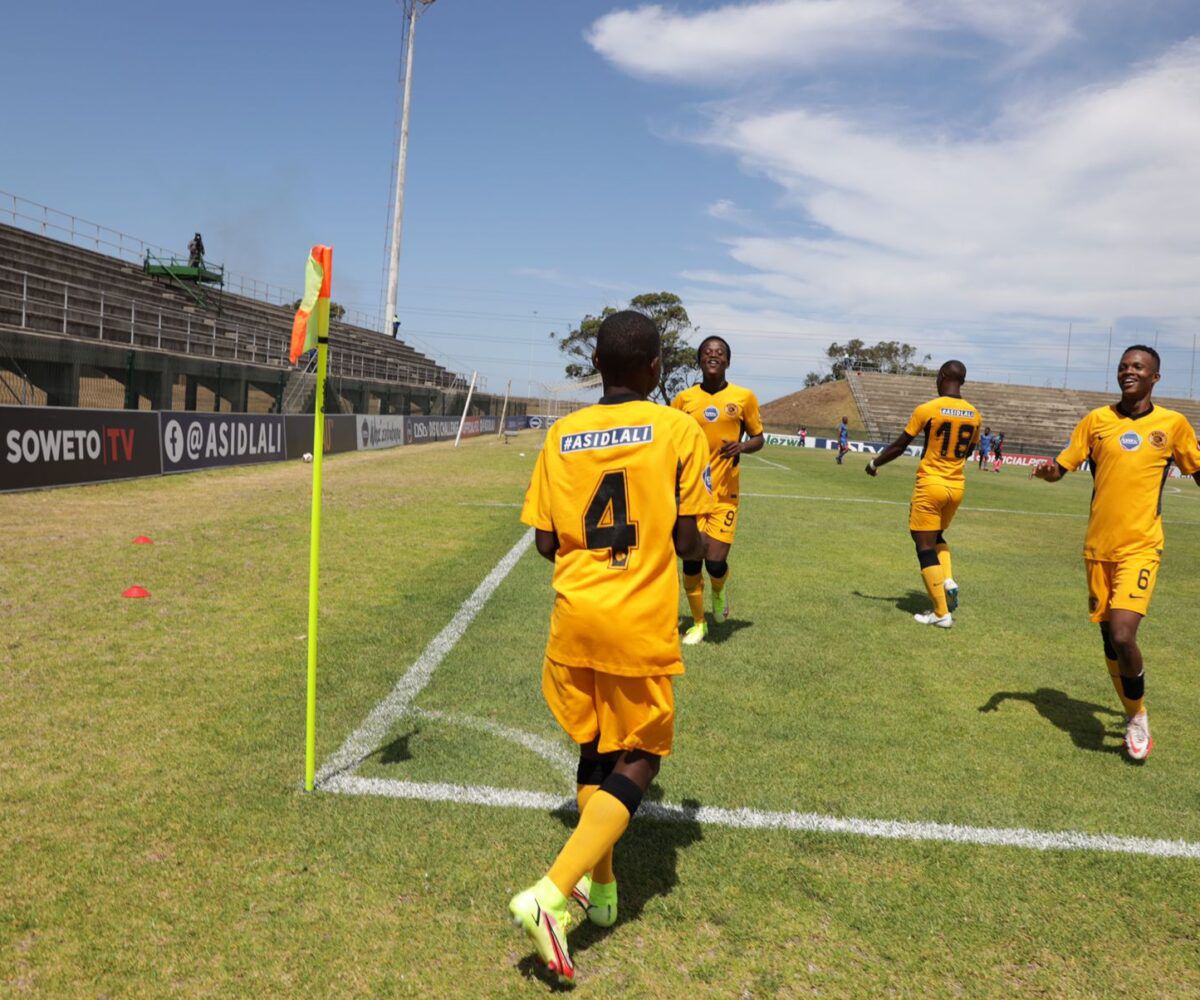 Kaizer Chiefs wonderkid Mfundo Vilakazi continued to prove critics wrong that he’s banned by the club with a late winner against TS Galaxy.

Vilakazi was brought back into the Amakhosi Diski Challenge team against TS Galaxy on Sunday where Vela Khumalo’s charges won the match 2-1.

And Vilakazi scored the winner in the 90th minute, and consequently, lifting Chiefs to sixth on the DStv Diski Challenge standings.

This was Vilakazi’s second goal for the Glamour Boys since joining the club at the start of the 2022 from Doornkop Students whom he shone for during the Philly’s Games in Tembisa.

Vilakazi’s winning goal comes just weeks after he was reported to have been banished by Chiefs and Khumalo from the Diski Challenge team.

Speaking to the Chiefs website, Khumalo was full of praise for Vilakazi as he reflected on the left-footer’s display and the team’s overall performance against TS Galaxy.

“Look at Mfundo, he’s 15-years-old, and he creates a goal out of nothing. He took on players, dribbled past them and he gave us what we wanted, which was a win,” said Khumalo.

Khumalo went further to squash media reports that Vilakazi was banned from his Diski Challenge team – the reports that were described as fake news by Chiefs.

He said the 15-year-old attacker needs to be managed properly as he’s still young and attends school, before adding that Vilakazi is part of the Amakhosi academy.

“We need to manage him – he is a young boy and very disciplined. I am not entertaining the social media talk about him. He’s at school and is part of the academy at the moment. As a player, he will grow and we will help him to minimise mistakes most importantly,” added Khumalo.