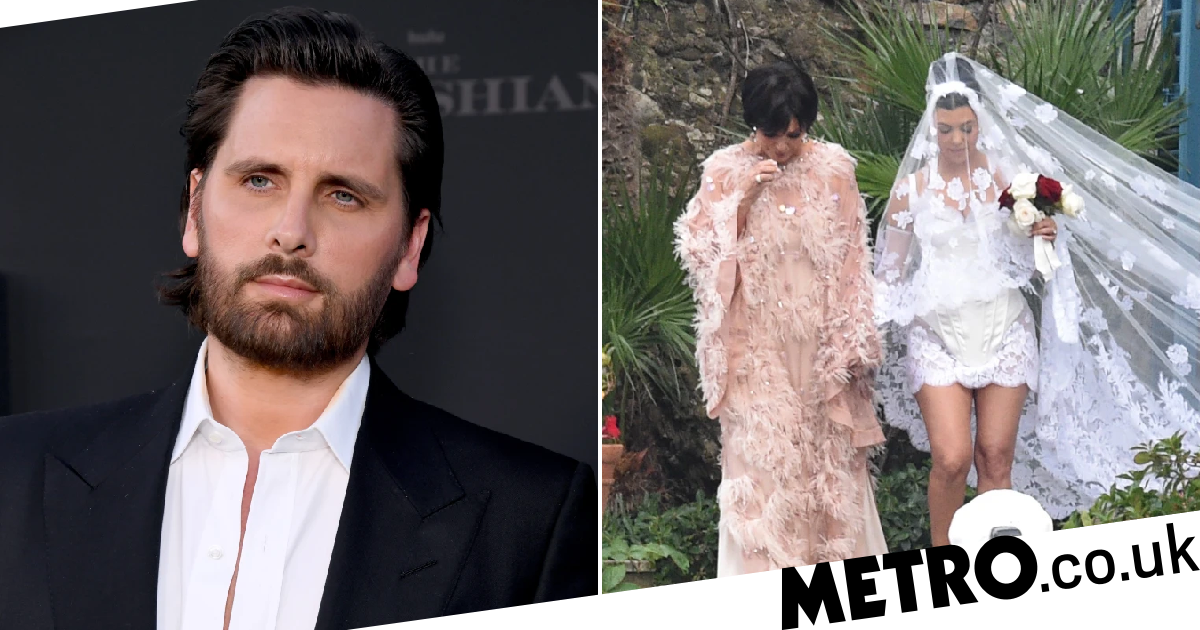 Scott Disick is treating himself to a nice beach getaway after his ex-partner Kourtney Kardashian tied the knot with new beau Travis Barker.

Kravis officially married for the third time in a lavish ceremony in Portofino, Italy, in front of their loved ones, and while Kourtney’s three children, who she shares with Scott, were in attendance, the businessman was not.

Instead, Scott, 38, posted a snap of an airplane window to his Instagram Story, captioning the image: ‘Where 2?’

He then shared another photo of his flight’s journey. ‘Next stop, the beach,’ he penned.

Scott and Kourtney dated on and off for nine years before they eventually split for good in 2015.

During their rocky relationship, they had three children together, but Kourtney refused to marry Scott.

In a 2011 episode of Kim and Kourtney Take New York, Scott said: ‘For me, a perfect relationship and a perfect life is having a family and being married’.

But Kourtney shot down any marriage talk, saying: ‘Things are so good now, why would we want to change that? I’m happy with the way things are.’

Scott had previously expressed an interest in reconciling with Kourtney following their split.

During an episode of Keeping Up With The Kardashian’s last year, he told his ex: ‘I love you and I’m ready to marry you. Right here, right now.

‘Kourtney knows that eventually we’ll get married and live a good life.’

Kourtney and Travis tied the knot in front of family and friends in Portofino, Italy, on Sunday, with guests including siblings Kim Kardashian, Khloe Kardashian, Kylie Jenner, and Kendall Jenner.

Both bride and groom wore Dolce and Gabbana outfits, with the Poosh founder teaming her short white dress with a long embroidered veil.

Kourtney’s mother, Kris Jenner, walked her down the aisle.

Following the ceremony, Kourtney posted photos of the service to her Instagram page, describing the milestone as her ‘happily ever after’.