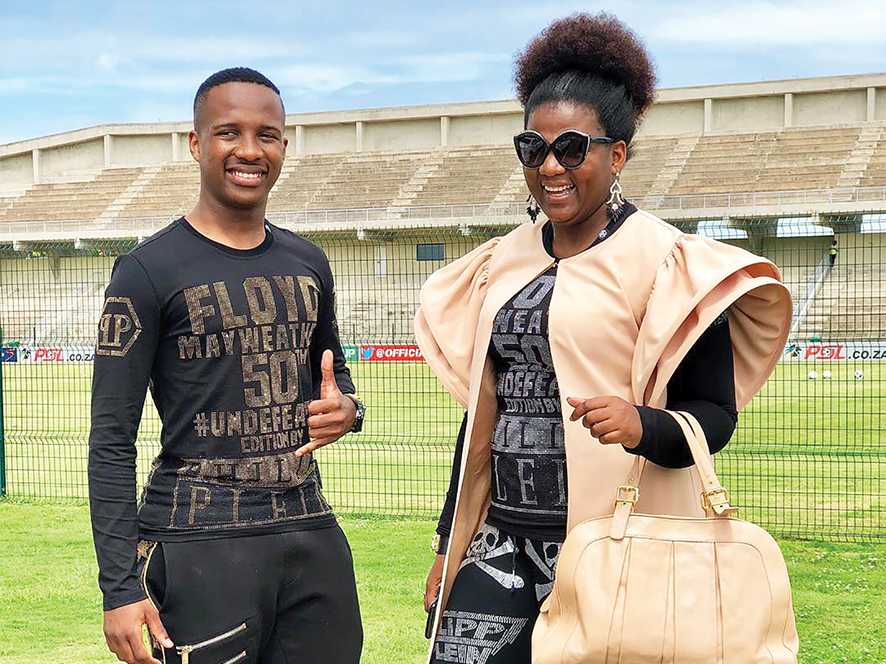 She has been characterised as a flamboyant and extravagant fashionista and business-woman, a style icon in local high society who does not take no for an answer, judging by the Safa-PSL promotion case raging both locally and at the International Court for Arbitration for Sport (CAS).

But Premiership side Royal AM boss and owner Shauwn “MaMkhize” Mkhize, formerly Mpisane, says she does not subscribe to all the tags she has come to be known by, however, she loves sincerity and the truth.

“If someone is sincere and truthful I pay back with the same.

I’m a mother, after all, and as such I care for others as much as I care and support my kids in whatever venture they embark on,” she explained.

She also spoke to Sunday World about Royal AM’s surprising rise through the ranks of the PSL after she bought the status of the now-defunct Bloemfontein Celtic to the tune of about R50-million from Free State businessman Max Tshabalala last season.

“Show people love and they will love you back.”

When she joined the elite league, many showered her with praises, touting her as the right tonic for the PSL to bring back the excitement and vibe our football has been hankering after.

A magnate in the construction and logistics space in the Durban area, Mkhize is the mother of two, daughter Sibahle, 27, and son Andile, 20, the youngest club president in the PSL.

She says she dedicates her time to supporting their career paths because her “heart is full of human kindness and the motherly love has spilled over to my Royal AM players”.

That love and caring has borne results on the field, as is evident by the position her beloved and popular “Thwihli Thwahla” outfit occupies in the DStv Premiership log table, lying second before this weekend’s matches. And they are set to contest the last 16 round of the Nedbank Cup, visiting Swallows at Dobsonville Stadium in Soweto on Friday.

Last October, Mkhize and Andile came under fire from the PSL after handing dollops of cash to Royal AM players in front of TV cameras after their 2-1 win over Maritzburg United. Mkhize and Royal AM were fined a staggering R1 650 000, though R1 325 000 was suspended, as part of a plea agreement they entered into with the PSL disciplinary committee.

Royal AM thumped Super-Sport United 2-0 at Lucas Moripe Stadium to shoot up to second place for the first time this season and Mkhize says it is not all about high salaries.

“It is not a money factor, I show love for the game and for the well-being of my players by attending every match.

The only match I missed this season was the 2-all draw with Chippa United because I was in the US to support Andile, and while at the JFK Airport [in New York last month], my boys were trailing 2-1 and I video-called them and encouraged them.

They scored the equaliser to level matters,” she said.

Remember, it’s not only ex-Celtic players in the squad, they only make up 40% and 60% of the squad are players from Royal AM and new players who joined us after we became a Premiership club.

“We’ve always been winners. I believe in the slogan ‘united we stand, divided we fall’ to inspire unity. I regard myself as the lucky charm.

I engage with the players, together with the technical members, led by coach John Maduka. The club is not a one-man show,” she emphasised.

“I play hard and work [just] as hard. The players know and love me as their mother. I motivate them and send congratulatory message whenever they have done well.”

Monetary attraction or not, Royal AM have been flooded by players who want to be part of the success Mkhize has become synonymous with.