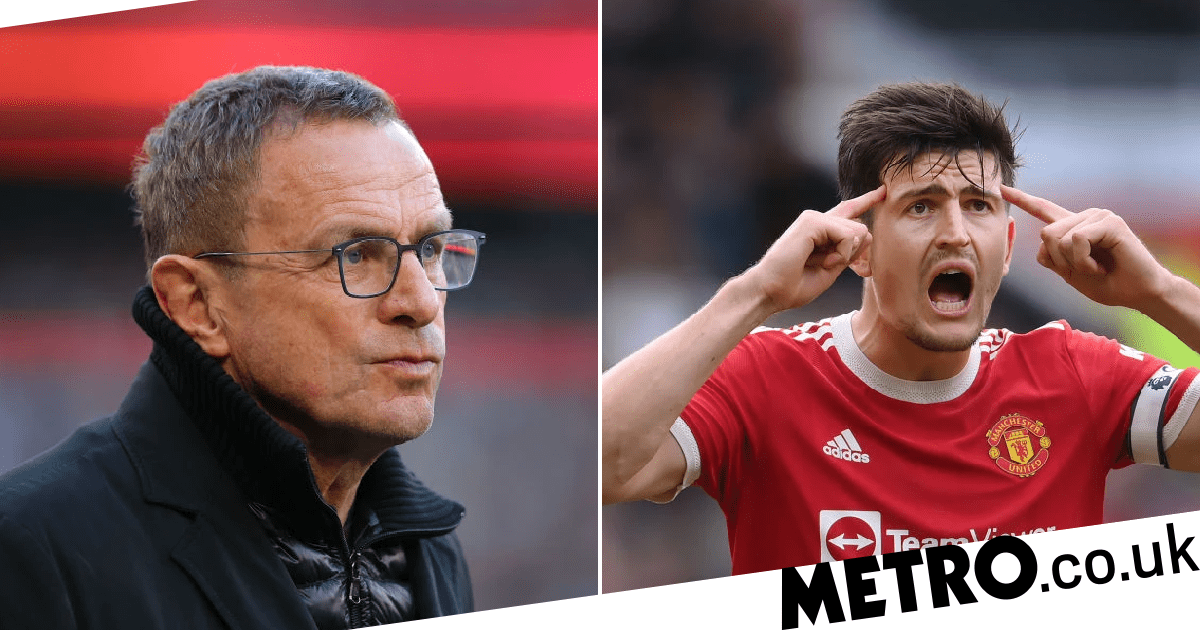 Maguire has endured a dismal season, struggling in the heart of United’s defence and being booed by England fans during the recent international break.

Earlier this week, Maguire and his family were the victims of a sickening bomb threat, with Cheshire Police called to their home on Thursday and sniffer dogs searching the garden and surrounding area for explosives.

Due to the nature of the incident, Maguire may be rested for Manchester United’s trip to Arsenal on Saturday, with Bailly one of the players who could come into the side.

The Ivory Coast international, set to leave Old Trafford this summer, has only made four Premier League appearances this season but remains keen to be involved and appears to want to partner Raphael Varane’s in United’s defence at the Emirates.

Replying to a fan who said he wanted Bailly and Varane to start against Arsenal, Bailly commented ‘please’ with a laughing and a praying emoji.

Asked about Bailly’s post, Rangnick said: ‘If it’s true what you told me, it’s not the right sign and should not happen in a football club, no matter what league.

‘I’m not on Instagram. Listen, I’m not talking about my players in the press conference not knowing what has happened, it doesn’t make sense. I can only tell you, never in my life will I be part of Instagram.’

Rangnick had earlier expressed his sympathy to Maguire following his ordeal, saying: ‘I haven’t seen him, because I only got to know about this terrible thing yesterday afternoon. And since then I haven’t been able to speak with him.

‘But again this is another bad sign of the crazy world we are living in. Obviously, I feel very sorry for Harry that he has to make that terrible experience.

‘He knows that we are all behind him, the club is behind him. Everybody, the players, his team-mates. It’s sad enough that crazy things like that happen.’

Manchester United will move level on points with fifth-placed Arsenal and fourth-placed Tottenham if they win at the Emirates on Saturday afternoon, although the Gunners will still have a game in hand and Spurs play later in the day.

On Thursday, United unveiled Ajax’s Erik ten Hag as their next manager, with the Dutchman set to arrive at the end of the season on a three-year deal.

‘It is a great honour to be appointed manager of Manchester United and I am hugely excited by the challenge ahead,’ said the 52-year-old.

‘I know the history of this great club and the passion of the fans, and I am absolutely determined to develop a team capable of delivering the success they deserve.’