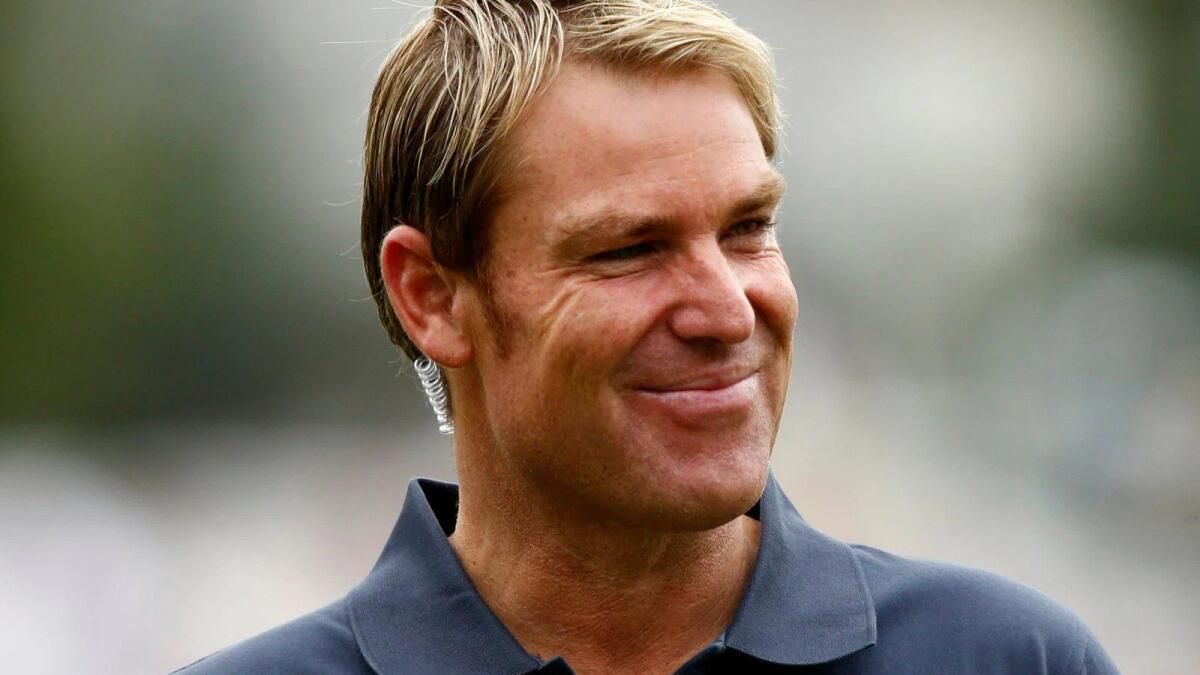 Mike Gatting said he was “happy” to have been bowled by the “ball of the century” that kick-started Australia leg-spinner Shane Warne’s career as one of cricket’s greatest bowlers.

Gatting made the remarks in an interview with the Daily Mail in 2013 to mark the 20th anniversary of one of the most celebrated deliveries of all time.

Warne, making his Ashes debut at Manchester’s Old Trafford ground, saw his first ball pitch outside leg-stump and then spin viciously across bemused England batsman Gatting to clip the top of the off-bail.

Warne would go on to win six successive Ashes series, finishing with 708 Test wickets after helping to secure a 5-0 series whitewash at Sydney in January 2007.

As the late Richie Benaud, himself a former Australia leg-spinner, remarked during his television commentary: “Gatting has absolutely no idea what has happened to him – and he still doesn’t know.”

“We’d seen a few bits and pieces of him but nothing special,” Mike Gatting told the Daily Mail.

“We thought we’d have a look at him, see what he’s about and what he could do, but it was a remarkable delivery. There are people who think I should have padded it away but I never tried to lunge at a spinner. I was more worried about being bowled around the back of my legs.

“I had most of it covered and had ensured it would not get round the back of my legs and if it did anything else, I was in the right position to react, but it spun quickly as well as a long way. It was a leg break and I knew he had put a lot of revs on it and we knew the wicket might turn, but not that much!”

Legendary umpire Dickie Bird, who was at the bowler’s end as Shane Warne sent down the fabled ball, still had a vivid recall of what he said was “one of the best deliveries I ever umpired” during his 23 years of officiating in international cricket.

“It was a magnificent delivery,” said Bird.

“It obviously turns a long way but the key to it was the way it dipped so quickly and pitched on such a great line just outside leg stump. As soon as he bowled it, I turned to him and said, ‘Shane, you will put your name in the record books’. By God, he didn’t half do that!”

Mike Gatting added: “I’m happy to have been bowled by it because had it been some blond bloke who only played about 10 Test matches and got 27 wickets, then I would have been really upset.

“As it was, he became the best spinner of all time, so you don’t mind so much.”

READ | WHO WAS SHANE WARNE? 10 THINGS TO KNOW ABOUT THE SPIN WIZARD