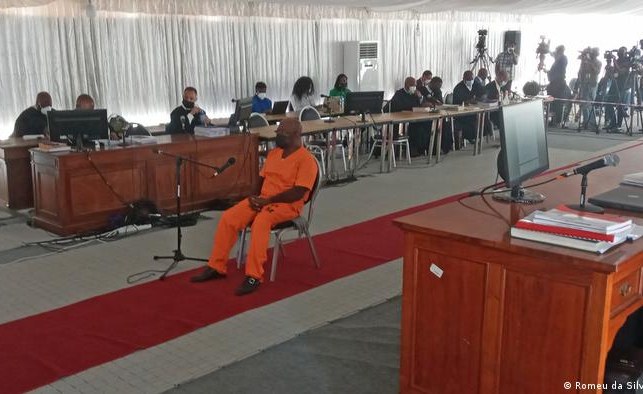 Maputo — The prosecution in the “hidden debts” trial, now in its closing stages way in the Maputo City Court, on Friday asked for the maximum sentence for the two men who once headed Mozambique’s National Security and Intelligence Service (SISE).

They are Gregorio Leao, the general director of SISE under the government of former President Armando Guebuza, and Antonio Carlos do Rosario, once the head of SISE economic intelligence. Rosario also became chairperson of all three fraudulent companies at the heart of the scandal, Proindicus, Ematum (Mozambique Tuna Company) and MAM (Mozambique Asset Management).

The primary responsibility for the scandal lay with Leao and Rosario, said prosecuting attorney Sheila Marrengula, as she concluded her summing-up. As the most senior officials in the country’s security, “they should have been the first to defend the public interest, but instead they were the first to loot it, opening the doors to others”.

The illicit loans that the three companies obtained from the banks Credit Suisse and VTB of Russia, through the use of illegal loan guarantees signed by the then Finance Minister Manuel Chang, amounted to 2.07 billion US dollars. Interest has subsequently accrued, said Marrengula, and by 2019 amounted to 895.5 million dollars.

In addition, the scandal severely hit the reputation and credibility of Mozambique. When the true scale of the debts became public knowledge, in April 2016, the International Monetary Fund (IMF) suspended its programme with Mozambique, and all 14 donors who had provided direct support to the Mozambican state budget ceased all further disbursements.

“The country became famous for the worst of all reasons”, declared Marrengula.

Leao and Rosario, once two of the most powerful men in the country, are now looking at the prospect of long prison terms. The crimes they are accused of include embezzlement, money laundering and criminal conspiracy. Marrengula did not ask for a specific prison term, merely the maximum possible under Mozambican law.

Marrengula called for “penalties close to the maximum” for 11 other accused. In only one case did she call for acquittal. This defendant was Simione Mahumane, who had been a courier for the now defunct foreign exchange bureau, Africambios. The charge of money laundering could not be proved, she said, largely because the owner of Africambios has disappeared and so did not testify.

The culpability of Rosario. Langa and Guebuza Junior was made worse by their behaviour in court, said Marrengula. They had shown “arrogance and lack of respect, and had attempted to bring discredit on the institutions of the Republic”. They had shown “no sign of remorse” for the damage they had caused.

There was “nothing noble” about the motives for the crimes, Marrengula continued, thus refuting claims by Rosario and Leao that they had acted in the interests of “national security”. Instead, they had enriched themselves and their circle – she noted in particular the luxury cars that Ndambi Guebuza had purchased in South Africa for his friends.

This was money stolen from the Mozambican people, she stressed. The loans had been guaranteed by the Guebuza government, and had to be repaid with interest. The fake companies could not repay, since all three had gone bankrupt.

All the accused knew perfectly well what they were doing, and none of them could claim poverty as an excuse.

“They have caused so much damage to Mozambicans”, said Marrengula, “and they show not the slightest repentance, just a great lack of sensitivity”.

“Don’t you feel that you ought to apologise for all the pain you have caused to more than 30 million Mozambicans?”, she asked the defendants.

She denied the claims that this was “a political trial” – Ndambi Guebuza had even claimed that it was aimed specifically at the Guebuza family.

“There is nothing political about stealing the money of Mozambicans”, declared Marrengula.

She also revived the oldest of all Frelimo slogans, one that is not heard much nowadays. “A luta continua! (The struggle goes on!)”, she declared as she ended her speech. “Justica triunfara! (Justice will triumph!)”.

The summing up from the defence lawyers will begin on Monday. The defendants are then permitted to make closing statements, after which judge Baptista will set a date for the verdict and sentence.