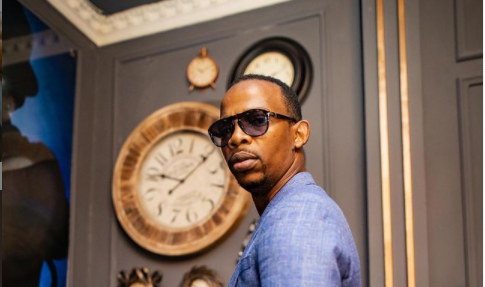 Johannesburg- Music genius Zakes Bantwini says Osama featuring Kasango, is not only the biggest song of his career but a spiritual experience that he felt needed to be shared.

Describing the process of creating the song, Bantwini said it transported him to the highest realm of the spiritual world.

“Music is a feeling. It’s not words. Music is a melody. People need to understand that. When you make a song like Osama and you have a certain feeling, which is a feeling that I had, when you get into your spiritual self or you at the top of your spiritual realm, you speak in tongues. Most of the places which are spiritually driven, which are churches, you would appreciate the pastor speaking in tongues. That’s exactly what Osama is to me.,” he said.

He said it may not make sense to most, but with so many people singing along to it already, means that they understand it and can interpret it in their own way.

“We wish when we make a song it will be big, but any artist who says they knew it would be big would be lying. There are so many songs that I’d thought would be big, but never became big. But what I can say is that I did know Osama was a dope song. I didn’t know it would be the biggest song of my career.”

He also explained that he called it Osama because the name in Urdu means lion, well-wisher or a helping hand.

The song now features on his new album titled Ghetto King which was released on Friday.

“People I grew up with called me the Ghetto King. I believe in the power of words. And everybody is a king just for waking up trying to win in this game of life which is very tough and even tougher for a black person. So, when you are able to wake up every day and still be able to provide for your family then you are a king. I provide,” said a passionate Bantwini.

On family, Bantwini, who is married to singer Nandi Madida said family is what kept him sane during the last two years of the Covid-19 pandemic. But he was also grateful that the industry for artist has again opened up so he can do what he does best – make people dance.

About the new album, the musician said he appreciates all kinds of music and people need to stop boxing his sound into a certain genre.

He exclaimed that his music is neither amapiano, house or trans.

“It’s dance music. It’s time that we change the narrative that only certain music should be listened to at a certain time. It’s an 11-track album consisting of singles which straddle and fuse house signposts including afro, electro and deep house. It’s a journey which is half prayer and half aspiration, but grounded in speaking to the black experience.”