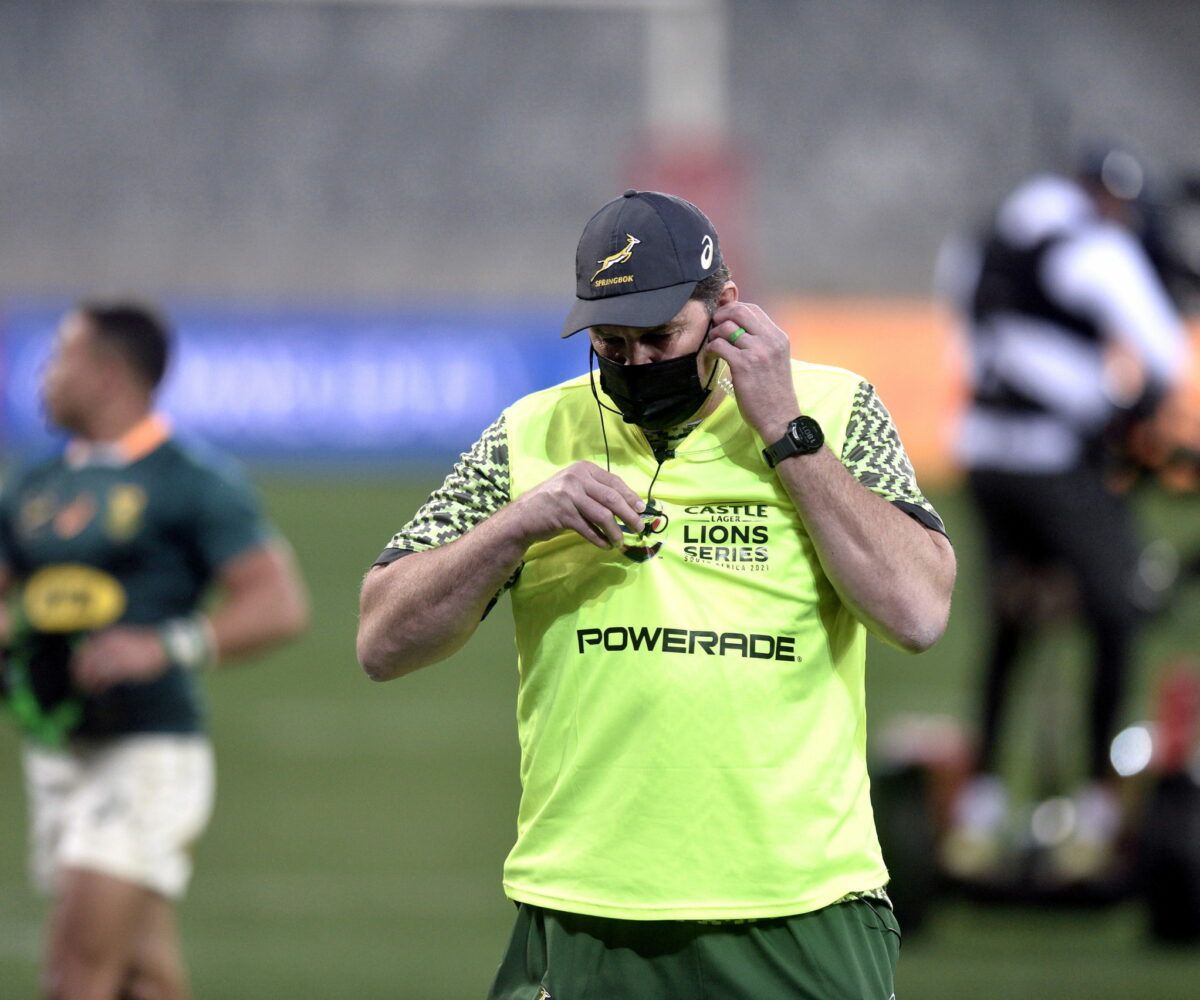 The documentary film series – titled ‘Two sides to every story’ aired its first episode last Sunday, and covers the incredible on-field and behind-the-scenes stories from the 2021 B&I Lions three Tests against the Boks.

The series was famously won 2-1 by the Springboks, but it was also filled with controversy, which ranged from that Covid-19 outbreak that threatened the entire tour, to the infamous Rassie Erasmus refereeing video that came to light.

There were real doubts both before and during the tour whether it would be able to be successfully completed, while the “leaked” Erasmus video led to one of the biggest controversies the game has seen, ultimately resulting in a serious World Rugby ban for the director of rugby.

According to Netwerk24, the second episode of the documentary – which will premiere at 6pm on Sunday – will focus heavily on the video, while shining a spotlight on the pressure that Lions coach Warren Gatland placed on TMO Marius Jonker.

Unique behind-the-scene insights are set to be revealed from within the team camps, and which will showcase the reaction to the controversial officiating performance from the first Test, and why the video was made.

Below, SuperSport also provided a breakdown of the Boks-Lions documentary

To give some scope of the tour by the British and Irish Lions to South Africa last year, consider that the professional game would likely have collapsed domestically had the plug been pulled on the great adventure.

This was a distinct possibility given the raging pandemic and, possibly worse, the civil unrest that broke out during the Lions’ visit.

This stark reality is brought back to life in the dramatic new three-part SuperSport documentary, “Two Sides”, which goes behind the scenes during one of the most controversial tours in history.

Not only was the tour enveloped in drama, there was drama within as Warren Gatland, the Lions coach, and Rassie Erasmus, the Springboks’ director of rugby, snapped and snarled at one another from shortly before the opening test. It was a rancour that set the scene for an apocalyptic series.

“It’s not about hiding from the challenge, it’s about embracing the challenge,” Gatland tells his team, who respond magnificently.

Jurie Roux, the chief executive of SA Rugby, had other things to worry about. As he puts it in the documentary, SA rugby would not be a going concern if the tour was cancelled, an idea that was seriously flirted with.

The documentary, narrated by Irish actor Aidan Kelly. is unique in that it is the first time a tour story has been told through both sets of eyes. Production took place in South Africa and the UK and Ireland and broadcast teams were embedded in both sides ensuring both balance and a stark contrast.

The changerooms after the first test, which the Boks lost, offer one powerful such example: unbridled joy in the one; shattering disappointment in the other.

“Chasing the Sun”, which was made by the same filmmakers, was among the first such projects to break into the Springboks’ private space. It is a realm that remains largely sacred, but many intimate moments are revealed, some funny, but others raw and brutal.

The lighter moments reflect what many professional rugby players actually are: boys at heart, full of mischief, banter and passion.

Said Gareth Whitaker, executive producer and director: “I’ve been consistently inspired by this story; both by the men and women it features and the many talented people who contributed to getting it made. It is intense and it is powerful. It is also a world first. To be granted access to the inner circle of these two sides was a great privilege and I am very proud of the story we have told.”

There are many layers to the documentary, which is further elevated by emotive and sharply edited interviews with players’ parents and families. These serve to add context and meaning to an already symbolic and special series, one that some players regard even higher than a World Cup.

The moments shared by Lukhanyo Am’s mother are deeply personal and inspiring, so too the visit to Duhan van der Merwe’s family home where his parents discuss the conflict of being Bok supporters while supporting their son’s Lions’ dream. We get similar film from Stuart Hogg’s nearest and dearest, one of many remarkable stories within a greater story.

Episode two will broadcast on 22 May, with the concluding episode on 29 May.