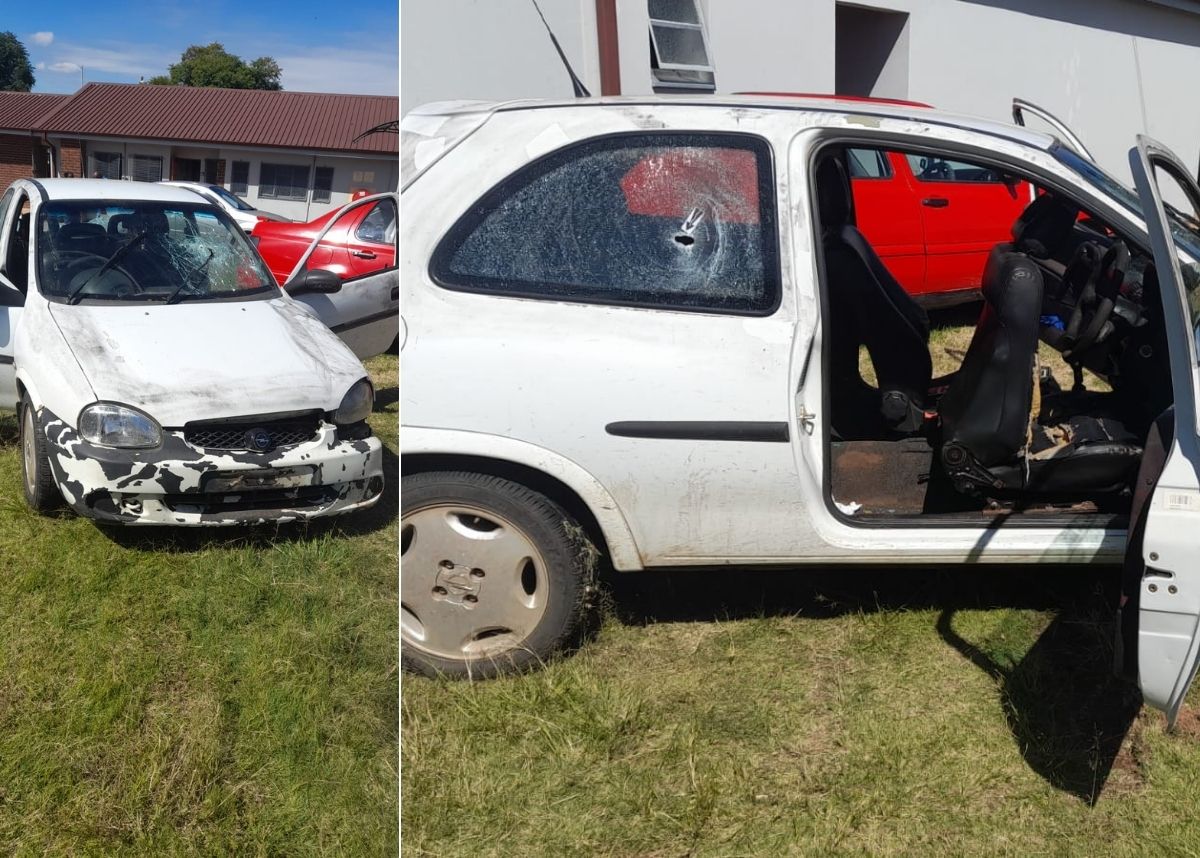 The hijacking of a Polo turns into a shootout

The arrests took place on the evening of Thursday, 21 April. A fourth person in the matter was fatally shot during a shootout with SAPS. Three firearms and a hijacked vehicle were recovered by members of the Tactical Response Team (TRT).

SAPS revealed that a group of armed suspects allegedly hijacked a grey VW Polo 6 at Vosman on 21 April at approximately 20:30. The male driver, his wife and child were allegedly held at gunpoint.

Reports revealed that the wife and child were dropped off a few kilometres away from the scene of the hijacking. The man who was driving was kept in the boot of the grey VW Polo by the hijackers.

After the matter was brought to the attention of authorities, a tracker company and the TRT from Cape Town (deployed in Mpumalanga) assembled forces. They went after the suspects.

SAPS revealed that the suspects were also driving a white Opel Corsa. A shootout ensued between them and members of the TRT where one male suspect succumbed to his injuries. Two suspects sustained gunshot wounds and were taken to hospital under police guard. One suspect had no visible injuries.

Vehicle was recovered and other items confiscated from the suspects

The grey VW polo was recovered along and the Opel Corsa was confiscated. Three pistols were also seized from the suspects. The suspects are reportedly linked to numerous incidents One of the incidents was a car hijacking at Siyabuswa at the beginning of the month. The suspects are also link linked to an attack of members of the police at Witbank in February last year.

To add to this, it is believed that the suspects are also linked to an attack on SAPS members at Kwamhlanga at the beginning of the month. They are being charged with the possession of an unlicensed firearm and ammunition. However, more charges may be added; including the hijacking at Vosman. The three suspects are expected to appear in court soon.