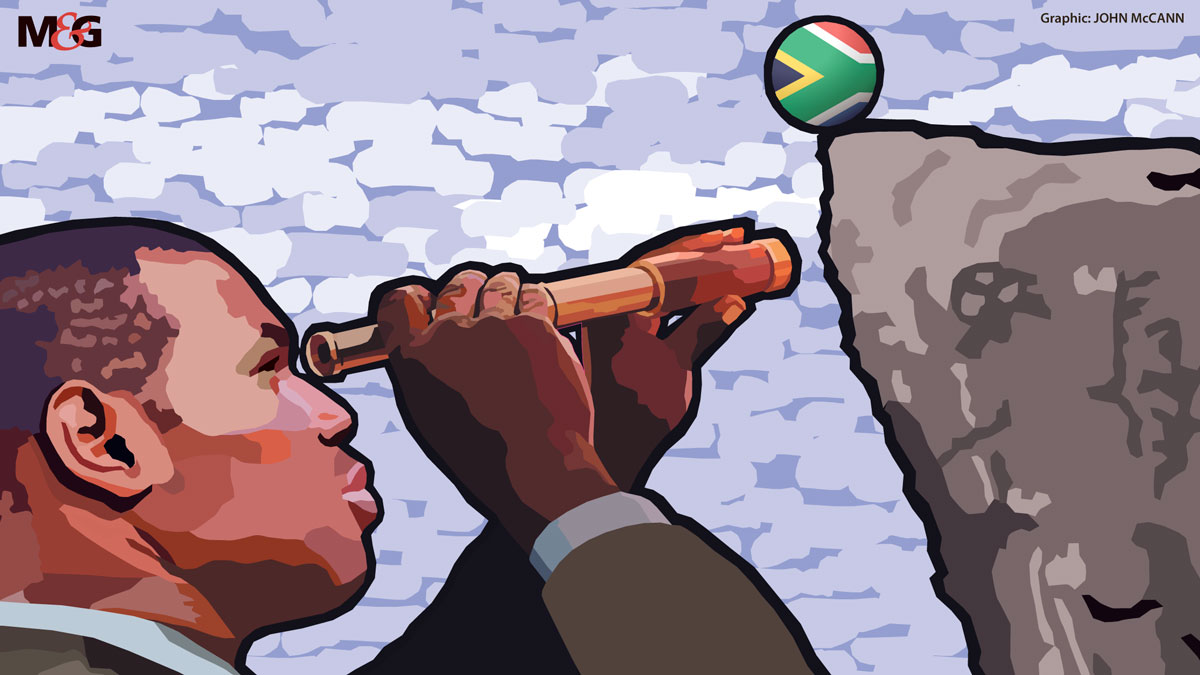 Thank the gods and goddesses we are not a dictatorship. Thank the goddesses too that structures of pontification, such as the government’s ill-advised moral regeneration movement, are now defunct or, if they are still open, should close shop.

Since the gang rape of eight women by unknown men in Krugersdorp, talk of morals has resurfaced in public debate. Yes, something is broken but morals are not the solution if freedom is what we strive for. Philosopher and social theorist Michel Foucault described moral codes as the regulation of individual and collective action. The family, educational mores and religious institutions are key intermediaries for the regulation of society. Morality requires forms of subjectification — internalising what these structures tell us is good for us. And so, we might understand morals as the acceptance of regulation.

Rwandans (mostly) accept what they are told is good for them. The social sanction of failing to accept that what the president says is good for them is, of course, very high. Ask the Rwandans living in exile. I deeply admire how clean Rwanda is. There is generally no litter in sight. On a visit there, I asked someone what would happen if I littered. She told me I would be fined or arrested. There would be no red tape. I love clean streets, verges and rivers, but I prefer the freedom of the Jukskei River, litter and all.

Ugandans are almost unanimously against homosexuality. But queer people, and those who’d love Yoweri Museveni to retire after more than four decades in office, live in fear.

These societies have working structures of moral regulation. They are also forms of dictatorship where basic freedoms are severely curtailed.

South Africa has known too much bondage to tolerate state or religious control. For most of us, freedom is possibly more precious than food. But we’ll take the food too. Disorder is the rhythm to which we dance. Recall how we resisted masks and vaccines. We are deeply suspicious of control.

I don’t have the solution for the pandemic of rape and violence. But, I do understand how loss of hope operates in a society with more young people than adults. These are young people who live with a sliding scale of unemployment, depending on where they live, from just under 50% to 75%. Waking up in the morning when your prospects are so foreclosed is a daily humiliation. Standing on street corners and absorbing insults all day is to soak up a venom that must find a way of expulsion. When the young see that black life is cheap and death is ever close, they don’t have much to live for. When choices are circumscribed, a moral framework is neither possible nor desirable.

We wrung our hands when 21 young people died in a tavern in East London’s Scenery Park. We exhorted, pontificated, beat our social-media breasts and asked what had become of our youth that children as young as 13 were drinking in a tavern. We asked where their parents were. But we who live where hope is gone know that shebeens are the lifeblood of our youth. For young people without prospects of employment or dreams of growing old, shebeens are places of gathering, communing, mutual recognition and just good old time-killers.

Society’s rejects feel at home in these spaces. Shebeens insulate the young from the gaze of judgmental elders and the social upheaval of home. Alcohol is the medicine — the antidote — for humiliation and hopelessness. It brings a shine to the dullness of life. It blunts the anxiety of tomorrow. It interrupts monotony and boredom.

Shebeens have always been important to the social life of black communities. They may not be places of “good” refuge but they do offer a kind of refuge from unsustainable moral logic.

The counter to this view is that, during apartheid, poverty did not render black people amoral. This is to say, impoverished people were also deeply ethical and proud. To this, my rejoinder is, mara apartheid was a state of unfreedom. A kind of dictatorship that was bolstered by the church, education, repressive police force and the homophobic family. Where freedom matters, apartheid should not be our yardstick.

Even in this desolate landscape, freedom remains a deeply held aspiration. When robbers break into our homes, even this is a certain kind of enactment of aspiration for freedom. “I will take from you because I, too, matter and deserve food and the good life.” When our lives are taken in seemingly meaningless ways, this too is a claim to freedom — a declaration of mattering. For society’s outcasts, in committing murder, perhaps there is a heightened feeling of being alive. These acts are repulsive but they have a moral economy of their own.

Perhaps we are not an immoral society but a hopeless one. The steady attrition and wearing out of purpose, growing inequality, normalisation of precarity and ostentatious wealth cheek by jowl with abjectness, is the house we live in. The house is caving in. Instead of being there to reinforce the foundations of the house, the state is blocking the door and there is no room to escape. We call it “rioting” and “unrest” but perhaps it is something more ominous.

And so, we have hopelessness rub up alongside ineptitude. In place of adequate social welfare, jobs, food and shelter, the state offers us patriotic platitudes — proudly South African. Proud of what, exactly? Instead of recognising regional precarity and our intrinsic inter-relation, mutual dependence and our oneness, the state offers us xenophobic rhetoric.

Instead of fixing our roads and failing railways, the government foots the bill when obstructive and corrupt officials gridlock our courts. Instead of reducing the yawning gap between the rich and the impoverished, the president stockpiles millions in his cushions. Rather than building homes with those who sleep in parks and doorways, we use the bricks and mortar to raise our security walls. But this house’s high walls of hopelessness, capitalist greed and state ineptitude will fall on us all. Like the children of Enyobeni Tavern, there will be no one to save us.

The ANC is lost in a straitjacket woven with its own yarn. Its mouth is loose and it spouts aspirational rhetoric but its hands are tied by its own members. The faction that has ostensibly been kicked out is so powerful that it holds the party, and the state, in a vice-like grip. The party is stalled. It is on its way to a dizzying collapse.

Unlike Zimbabwe’s Zanu-PF, should the ANC ever try to cling to power, we would not allow it to turn into a dictatorship. But, unfortunately, its collapse might undo our collective constitutional gains which assure our basic freedoms. Waiting in the wings of the great fall of the ANC are the most unscrupulous politicians and ideologues. Rabid racists, fascists, anti-poor, homophobes, patriarchs and xenophobes lurk in the ruins.

So we are here at the precipice. With little wiggle room, we have to think fast. This may be the time for courage or we risk hearing the old woman’s cry — Zimkile inkomo magwalandini (The cows have been stolen, you cowards!). In South Africa, and the region, our collective mission might be to push back at the climate of hopelessness. We cannot do this with the slogans, political posturing and backstabbing endemic in our politics and social life.

For the young, hope is fanned by the kindling of purpose. This comes with work opportunities and a sense of future. Young men do not risk it all to rape and murder when the future appears worth living for. When dreams are expansive and backed by collective will, young people thrive and look to the future. How do we make the future possible? How do we shake our politicians out of their season of ineptitude? How do we prevent the rafters and rubble from collapsing on our heads?

Hugo ka Canham is an associate professor of psychology at a Johannesburg university. He is the author of the forthcoming book, Riotous Deathscapes.

The views expressed are those of the author and do not reflect the official policy or position of the Mail & Guardian.