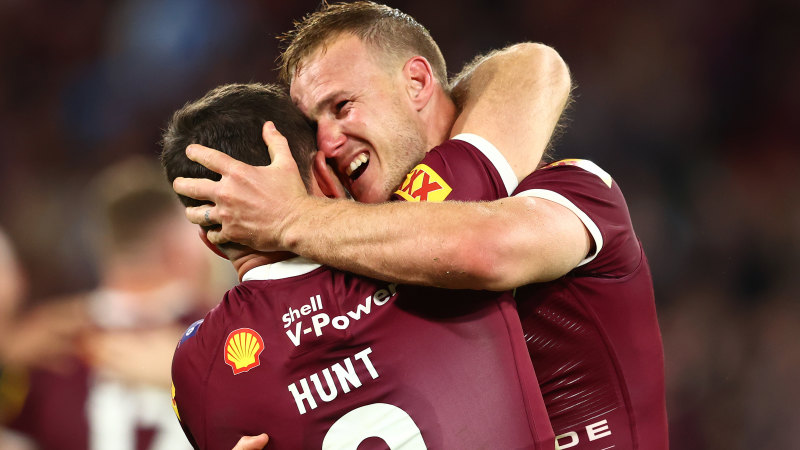 Cherry-Evans welcomed the bonus payments for Origin players given the physical and emotional toll the interstate series took on stars. The 2020 end-of-season series required players to spend an extra month in a COVID bubble, away from friends and families.

One proposal under the new collective bargaining agreement currently being negotiated with the NRL is to increase Origin payments to more than $30,000 from next year.

While Cherry-Evans extended his contract at Manly for a further two years midway through this season, he felt for players who were unable to strike new deals because clubs remained uncertain about how much they could spend next year and beyond.

Cherry-Evans’ Manly teammate Andrew Davey was one player without a contract because clubs could not make him a concrete offer until the RLPA and NRL struck a deal.

“I would hate to be in that position, to be off contract, the uncertainty around the salary cap and roster numbers – we’re talking about blokes’ livelihoods here,” Cherry-Evans said.

“These are working conditions that remain unclear for people who could potentially be starting a new job in two months’ time. We owe it to those people in limbo to get this sorted.

“Our game naturally is going to tie up the stars of the game – they get their deals done quickly. But it is the people who are in the game, who work year to year and don’t know where their next contract is coming from.”

Meanwhile, Cherry-Evans said he had been concerned by the late-season fade-out of the Sea Eagles, and said the club needed to establish an identity quickly and “a clear path for where we want to go”.

The halfback was filthy about the performance the team produced for Kieran Foran’s farewell at 4 Pines Park on the weekend, backed Des Hasler to continue as coach for years to come, and feared Manly’s pre-finals exit could cruel his chances of wearing the Kangaroos’ No. 7 jersey.

Cherry-Evans almost choked up when acknowledging he only had two games remaining with good friend Foran.

“It is still hard for me to understand that he is not going to be here next year,” Cherry-Evans said.

Stream the NRL Premiership 2022 live and free on 9Now.