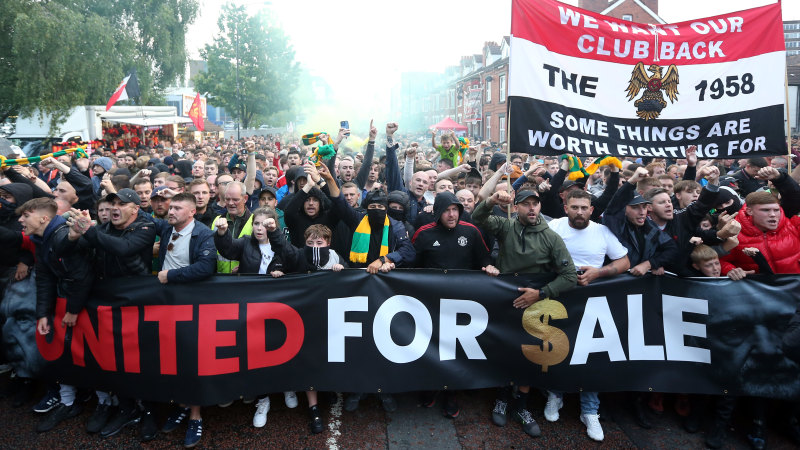 Lisandro Martinez, an off-season signing at centre-back who has come under enormous criticism in recent days, was particularly impressive and set the tone by clattering into Salah in the first minute, then barging into the Liverpool forward after getting up off the ground. Later in the first half, Raphael Varane, who replaced Maguire, virtually rugby-tackled Luis Diaz to the ground, to roars of approval from United fans.

Sancho’s goal came in United’s best spell of the game, the winger showing great composure to trick James Milner by pretending to shoot, cut back inside and place a shot into the corner as Virgil van Dijk stood motionless in front of him.

Old Trafford erupted again when Anthony Martial, a half-time substitute, played through Rashford and the striker sprinted towards the area before placing a calm finish inside the near post.

United had to defend stoutly at times but hung on to end an eight-match winless run against Liverpool and a losing streak of four matches in the league stretching back to the end of last season.

It’s down to United to string a run of similar battling performances together, starting at Southampton next weekend. Ten Hag will have Casemiro, whose $60 million signing from Real Madrid was completed on Monday, available for that game and the Brazil midfielder was presented on the field before kick-off.

Maybe things are finally looking up for England’s biggest club.

Sports news, results and expert commentary. Sign up for our Sport newsletter.