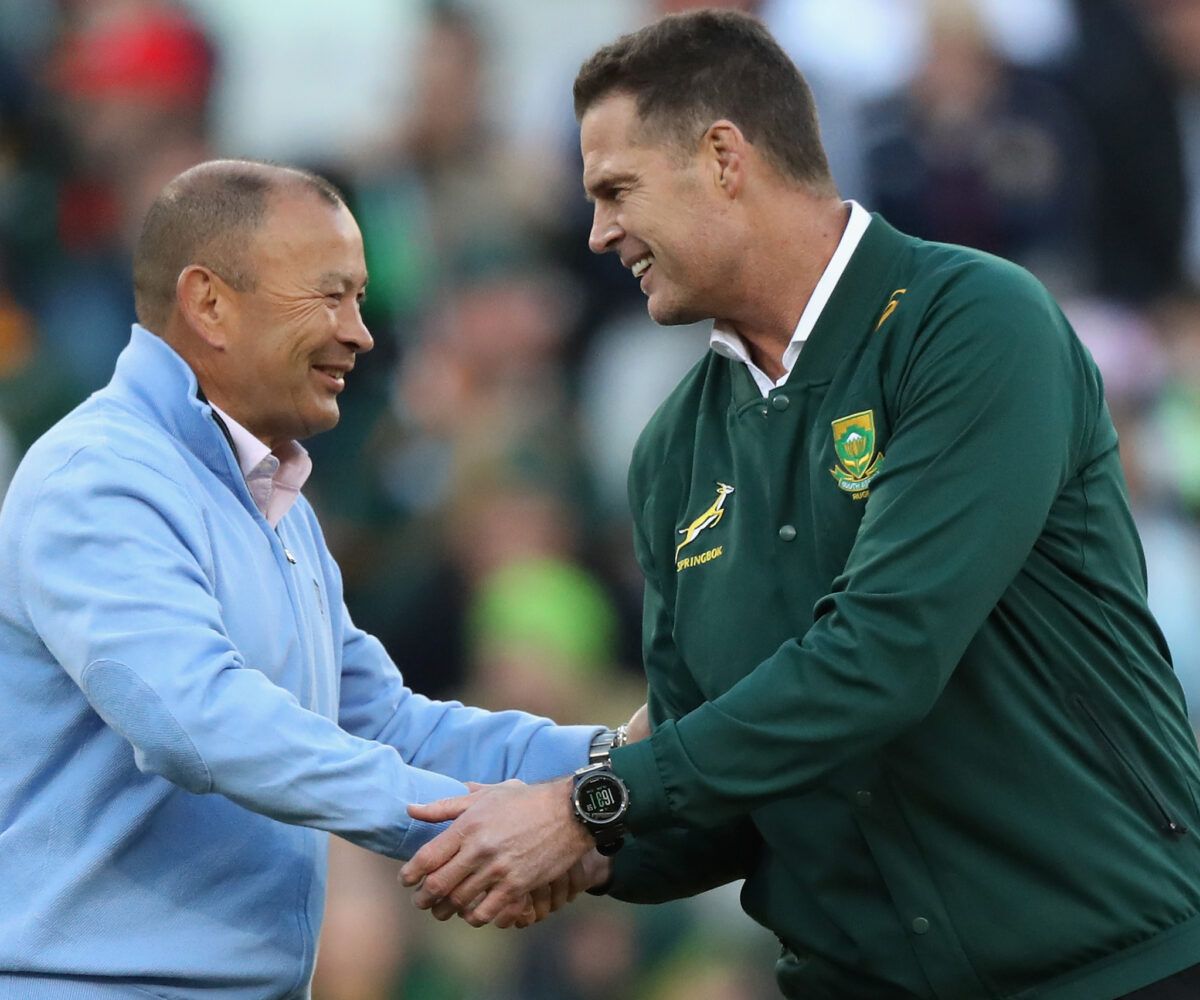 SA Rugby director of rugby Rassie Erasmus is the favourite to replace Eddie Jones as England coach, according to bookmakers.

According to the Ruck.co.uk website, Erasmus has been installed at 2/1 to succeed Jones at England RFU’s headquarters when his contract ends after next year’s Rugby World Cup in France.

Erasmus last coached the Springboks at the 2019 World Cup in Japan and is currently SUSPENDED from doing so following his 62-minute video rant in which he hit out at the competency of World Rugby’s officials, most notably Australian referee Nic Berry.

While Erasmus’ new title is officially director of rugby at SA Rugby with Jacques Nienaber the Springbok coach, you can bet your last hard-earned cent nothing Springbok-related happens without Erasmus’ stamp of approval.

Rassie Erasmus has toned down his hard line

In recent weeks Erasmus has toned down his hard line. As much was clear after an eight-hour exclusive, wide-ranging interview with the Daily Mail.

“But if my own people are going to hate me for it, then I would never do it. I hate the fact that so many people hate me in rugby right now. I’m not a confrontational guy. I like to get on with people.”

In truth, Erasmus won’t care what South Africans think. How will he ever know what the masses think? If the money is right, he’s out of here.

Meanwhile, former Wales coach and most recent British & Irish Lions boss Warren Gatland is available at 3/1 to take charge of England, while his New Zealand compatriot and current Crusaders coach Scott Robertson is a long shot at 18/1 – and probably eyeing the All Blacks job.

Exeter Chiefs’ Rob Baxter is a 10/1 candidate, while Ireland head coach Andy Farrell is a 22/1 chance of taking the England hot-seat.

READ | RASSIE ERASMUS: I WOULD LOVE TO SEE THE SPRINGBOKS IN THE SIX NATIONS!