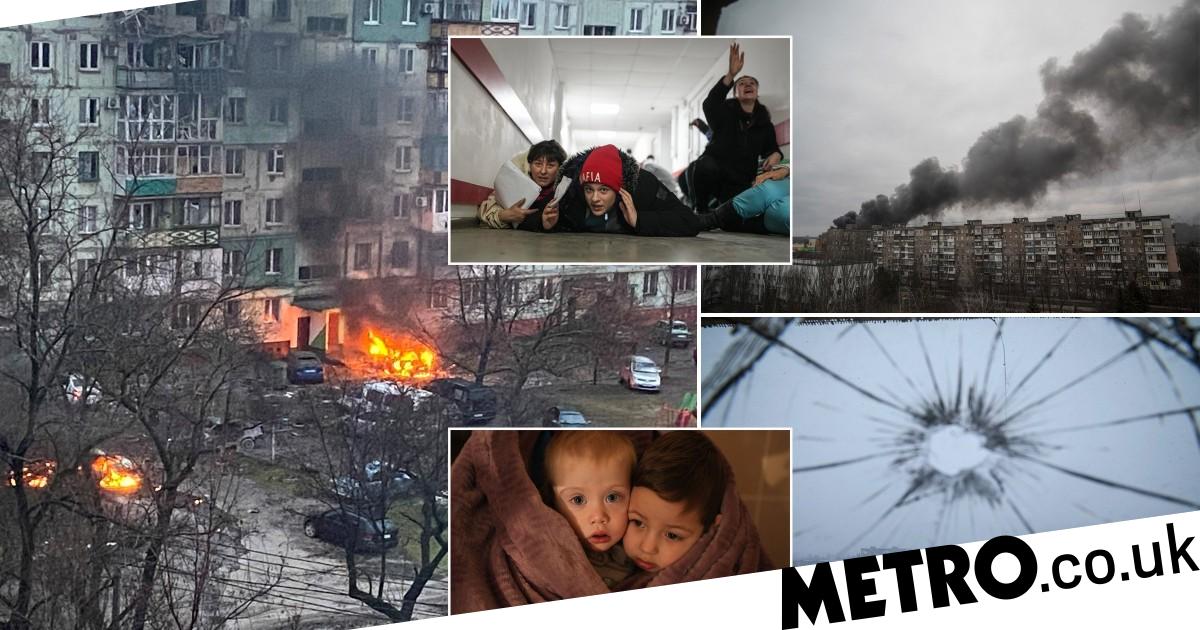 Russia’s proposed ceasefire in the besieged Ukrainian city of Mariupol was likely an attempt to give invading troops a chance to reset for a renewed offensive, the UK government has said.

In an intelligence update issued on Saturday, the Ministry of Defence said the purported agreement was also put forward to ‘deflect international condemnation’.

The MoD added: ‘By accusing Ukraine of breaking the agreement, Russia is likely seeking to shift responsibility for current and future civilian casualties in the city.’

Moscow and Kyiv traded blame over the failure of plans to impose a brief ceasefire and enable civilians to evacuate two cities pinned down by Russian forces.

The International Committee of the Red Cross said planned civilian evacuations from Mariupol and Volnovakha were now unlikely to start on Saturday.

The city council in Mariupol had accused Russia of not observing a ceasefire.

Mayor Vadym Boychenko said talks were ongoing, but added: ‘Unfortunately, at the moment when we were ready the regular Russian Federation army started shelling the corridor we were supposed to move along.

The port of Mariupol has endured heavy bombardment, a sign of its strategic value to Moscow due to its position between Russian-backed separatist-held eastern Ukraine and the Black Sea Crimean peninsula, which Moscow seized from Kyiv in 2014.

Russia’s Defence Ministry said its forces were carrying out a wide-ranging offensive in Ukraine and had taken several towns and villages, Interfax news agency reported.

A United Nations monitoring mission said at least 351 civilians had been confirmed killed and 707 injured in Ukraine so far since the start of the invasion on February 24, adding that the real figures were likely to be ‘considerably higher’.