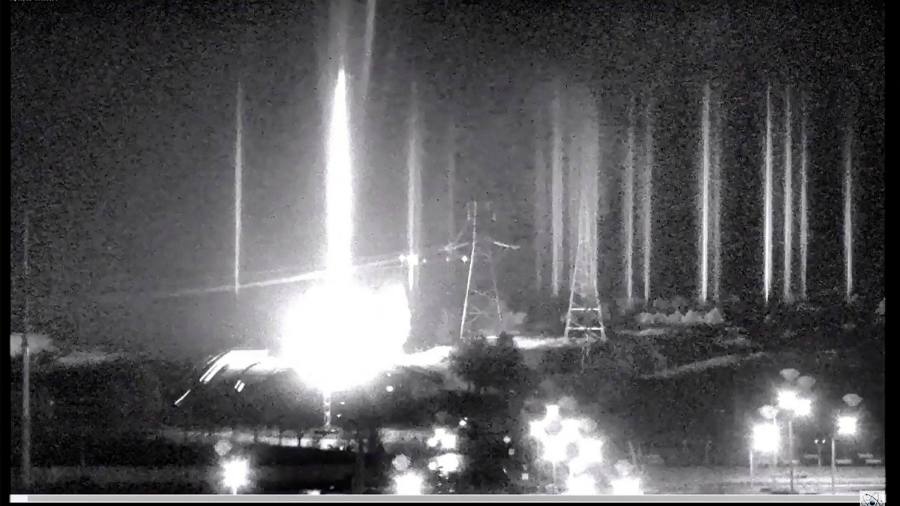 Russian forces have seized the Ukrainian nuclear power plant where a fire was extinguished early on Friday, raising international alarm over Moscow’s warfare during another night of devastating shelling.

World leaders condemned the assault on the Zaporizhzhia plant after the incident in the early hours, with US President Joe Biden calling for an immediate ceasefire on the site of Europe’s largest nuclear facility in south eastern Ukraine.

By dawn Ukrainian authorities, who had blamed Russian shelling, reported that the blaze at “an educational and training building” had been put out. No casualties or unusual radiation levels have been reported at the site.

Hours later Ukraine’s nuclear inspectorate said the site had been “seized” by Russian forces but that its personnel continued working to run the plant.

Three of its six reactors were being cooled down under safe operating procedures, the inspectorate said. But the watchdog warned that impeding its ability to cool down power units could lead to “significant radioactive releases”, and noted a spent nuclear fuel storage facility on the site would also be vulnerable to shelling.

Oleksandr Kharchenko, an adviser to the Ukrainian energy minister, said the biggest risk came from a potential disruption to the plant’s power supply and back-up generators. “If these, too, are cut, that would affect the reactor cooling system,” he said. “If that is damaged, no one can predict the consequences.”

He said Russian troops currently controlled all the entry points to the site. “We can’t send our people in without their permission,” he said.

The incident came after another brutal bombardment of Ukraine’s urban centres, including a ruinous siege of the port city of Mariupol, whose population of almost half a million is lacking food, water and electricity.

The grim developments on a ninth night of war initially sparked a sharp reaction in markets, with oil prices jumping and global shares falling. But the moves were later reversed, leaving oil trading at around $112 a barrel on Friday morning and Tokyo’s Nikkei 225 stock index down 2 per cent.

Global commodity prices are on track for the biggest weekly rally in more than five decades as the Russian invasion spurs sharp gains for grains, metals and energy prices worldwide. Wheat futures closed up almost 22 per cent at a fresh 14-year high of $12.89 a bushel.

During the incident, Rafael Mariano Grossi, the head of the International Atomic Energy Agency, said he was “deeply concerned” about the situation and called on all sides “to refrain from actions that can put [nuclear plants] in danger”.

The IAEA subsequently said the Ukrainian regulator had reported no change in radiation levels at the facility. It added that the fire had not affected “essential” equipment and that personnel at the facility were taking “mitigatory actions”.

The fire followed a day during which Russia subjected the Ukrainian port of Mariupol and the cities of Chernihiv and Kharkiv to relentless bombardment. Ukraine’s military, in an update on Monday, said Russian troops were attempting to “weaken resistance” of cities under siege.

Military analysts said the main objective of Russian troops remained the encirclement of the capital Kyiv, an advance that western officials say has made little discernible progress for several days because of tactical and logistical failures.

Ukraine’s second-largest city Kharkiv came under fierce bombardment this week. In Mariupol, officials said the city was completely encircled by Russian troops who were shelling the town heavily, and residents were living without power, water, internet access or heat in sub-zero winter temperatures.

“I feel like the Russians are planning to just smash the city and destroy it — to occupy it, not take the city — just destroy it,” said Diana Berg, a resident who fled the besieged city this week. “For the last eight years, it was a symbol of resistance, and the forefront of the long war with Russia.”

Berg said the shelling had hit civilian buildings including residential blocks, schools, and a neonatal hospital.

“The most terrifying thing was being without any communication at all, and with no power, no electricity, no heat, and no water,” she said. “I know Kharkiv and Kyiv are suffering too, but they still have connections to tell about it.”

Video: Russia’s invasion of Ukraine: what next? | FT Live

During a second round of talks on Thursday, Russia and Ukraine delegations agreed to set up civilian evacuation routes out of Ukrainian cities hard-hit by the war. However, the negotiations ended without a ceasefire agreement.

Putin appeared on state television to say he would “never give up [his] conviction that Russians and Ukrainians are one people”, adding that Russia’s troops were fighting “heroically”.

Stepping up its attempts to hobble the Russian economy, the US issued new sanctions on seven Russian oligarchs and their families, as well as the Kremlin press secretary Dmitry Peskov.

But the White House rejected bipartisan calls to ban Russian oil imports into the US, saying an embargo would limit global supply and raise prices for consumers.