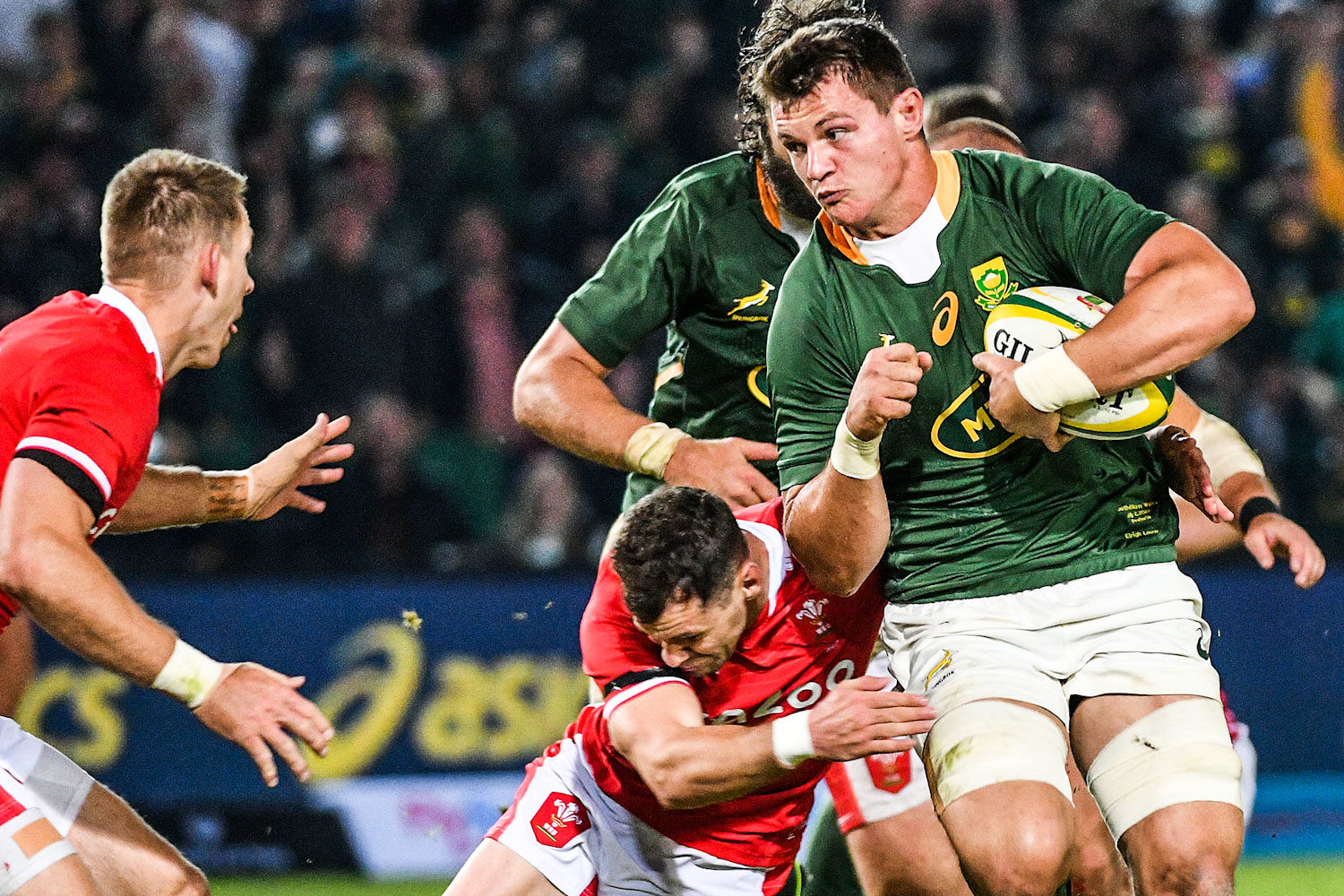 Six Tests into 2022 and somehow it just seems like an international season of missed opportunity in the lack of Test match game time for so many of the 2023 Rugby World Cup Boks, writes Mark Keohane.

The Springboks, to play Australia in Adelaide on Saturday, are ‘same old’ when the situation would comfortably have accommodated a sprinkling of new faces, exposed to a different climate, a different occasion and a different country.

It is abundantly clear that it is harder to get out of the Bok squad than it is to break into it.

Evan Roos and Elrigh Louw, as just two examples, could not have been worse for exposure to Tests against the All Blacks and Wallabies.

The Boks, despite an appalling win record in Australia (four wins in 29) since professionalism, should be favourites to beat an Australian team that has won 10 Tests in 25 under Dave Rennie. They should be, which is no guarantee that they will be. Among those 10 Australian wins is two successive triumphs against the Boks in Australia in 2021.

The Boks also should have buried a very vulnerable All Blacks match 23 at Emirates Ellis Park, but instead, they got buried in the most distressing final five minutes of the season. The Boks, at altitude and with a one-player advantage, were the ones out on their feet as the All Blacks scored two unanswered tries in the final five minutes to secure the win that kept Ian Foster in the All Blacks head coaching job.

The Boks have been indifferent all season and they have generally been a disappointment.

The 26-10 win against the All Blacks in Nelspruit was the exception. They were brilliant, but it is the only Test in five where they have put together an 80-minute performance. It is also the only Test in which they have been true to their pedigree as a squad and produced a display befitting their status as the most recent World Cup winners.

The Boks are ranked third in the world and had they conceded three more points against the All Blacks, they’d be fourth. To call them current world champions is a stretch, having won just three of five at home. World Cup winners yes, but their inconsistency betrays describing them as champions of the rugby world.

In my most recent two Times Live and Sunday Times columns, I bemoaned this inconsistency and tiredness of a Bok squad that more and more is looking like it may arrive in France with too many players a year too old and with significant players underused.

Both Wales and New Zealand will feel they won more than the Boks did in South Africa. Wales got a historic first win in South Africa and the All Blacks bounced back from a home series defeat against Ireland and a whipping in Nelspruit to win by 12 points at Ellis Park – the most they’ve ever won by at this venue in their 15 visits over nearly 100 years.

Jacques Nienaber, as Bok coach, is 10 from 17 against Tier One nations since taking charge. It is a 59 percent win record.

Yet the same squad is being sent out every weekend.

I could understand the situation to a degree if the Boks were hammering every team and Nienaber was about building a winning culture and an 80-plus percent win rate. They are not. These Boks lose 40 percent of the time, but the same players who are losing 40 percent of the time are being sent out every Saturday.

And when there is a change, it is simply returning veterans to the match-day squad to see if they still have it and not picking the new guys to see if they could possibly have it.

I was looking forward to the match 23 that would front a struggling Australia. I thought it would be more creative and youthful, but it was the same old for a Test that hopefully doesn’t have the same old result of a Wallabies win against South Africa in Australia.