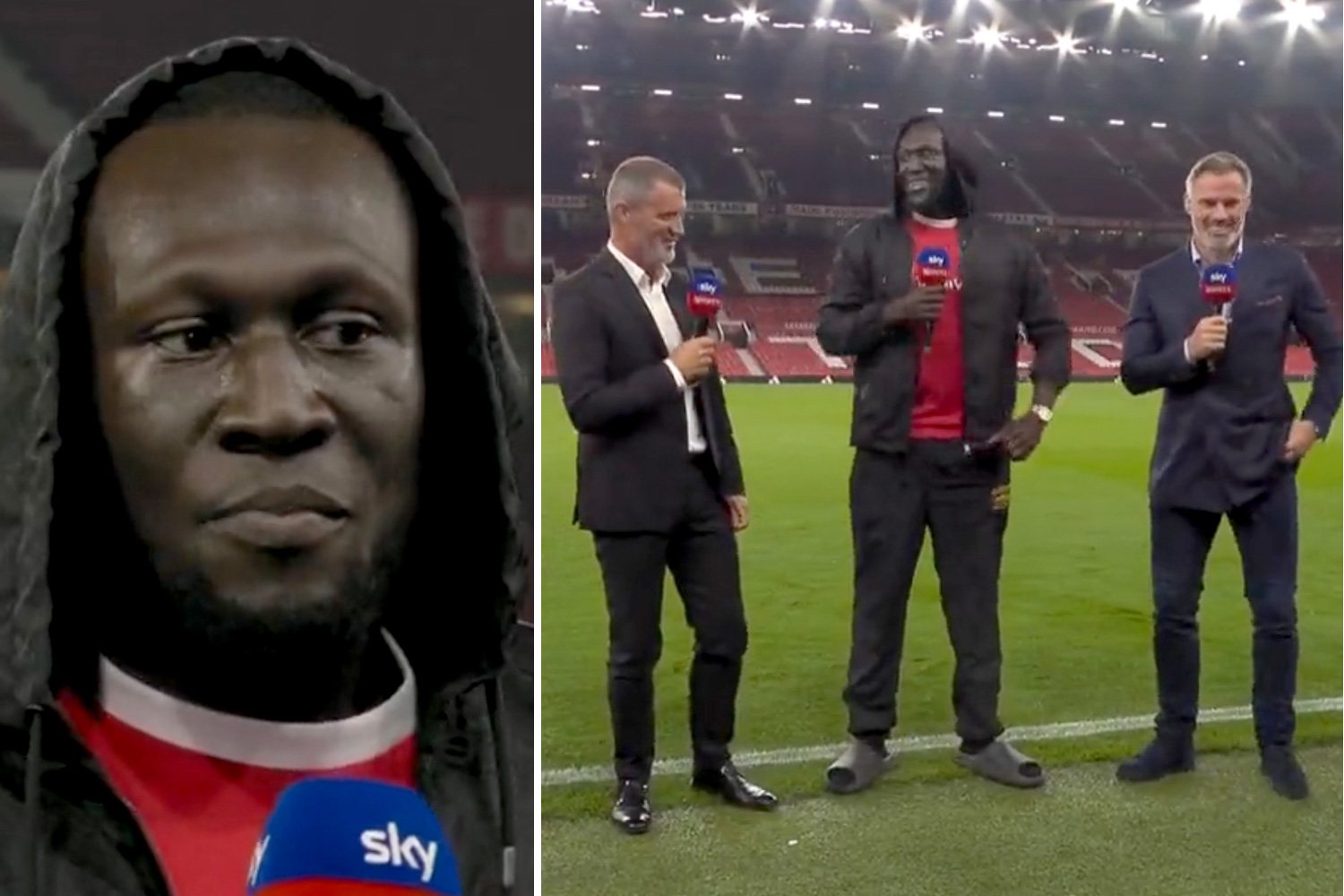 The Brit rapper, 29, appeared on the pitch during the Sky Sports post-game analysis with Jamie Carragher, Gary Neville and Roy Keane.

In 2019, the hitmaker became the first black British solo artist ever to top the bill at Glasto.

And the Vossi Bop maestro told Carragher that he’d see him at next year’s festival.

Stormzy had travelled to see Erik ten Hag’s side bounce back with a sensational 2-1 win against Liverpool on Monday night.

Carragher, Neville and Keane were going through the talking points after the match when he made a surprise appearance wearing a Red Devils shirt.

The rap icon joked he was star-struck having been in the presence of Premier League legends.

“Do you know what it is? I’ve never met these lot before, so we was walking past, we was a bit star-struck and someone gave me a mic and now I’m here!”

Social media users loved the appearance from one of Britain’s top artists.

While another added: “What a legend, love Stormzy proper humble guy just cuttin about living life in his slides n socks.”

It was one small step for Ten Hag, but in light of the first two games and the opposition, it really is one giant leap for Manchester United.