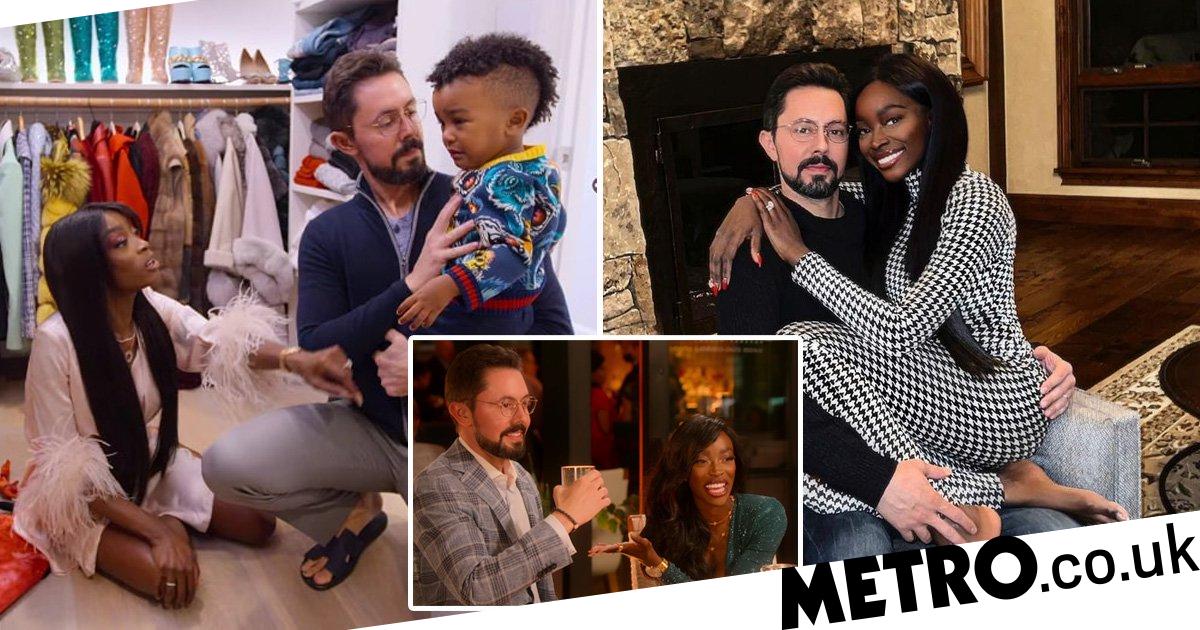 Selling Sunset has returned to Netflix for another binge-worthy fifth season – and it’s brought some newcomers with it, including Chelsea Lazkini and her husband Jeff.

Luxury real estate agent Chelsea Lazkani is bound to ruffle a few feathers at The Oppenheim Group. As we know from previous seasons, it’s not always easy for the new girl on the block, but Lazkani already has a connection on the inside. As it happens, her husband, Jeff, introduced her to her new boss, Jason Oppenheim.

But what else do we know about Jeff? Keep scrolling to find out.

When did Chelsea and Jeff get married?

Back in 2015, Chelsea was travelling in the USA for a break, but stayed put after meeting her now-husband.

‘I came to Los Angeles for what was meant to be a short break. I stayed because I fell in love. It was the best decision I’ve ever made,’ she wrote on Instagram.

The pair married in 2017, and have two children, Maddox and Melia, who feature briefly in season 5, but they could be in more seasons to come.

The British-Nigerian luxury realtor has credited Jeff as her reason for taking on something as major as Selling Sunset.

‘I think having the support of my husband and my family really prepared me to take on this big role.. which I saw as an opportunity to really open doors in an industry that has lacked diversity and where minorities are underrated,’ she told People.

‘This was kind of my time to give back and to educate and really mentor and push forward Black women in this luxury sector in real estate.’

What does Jeff Lazkani do?

Jeff isn’t in the real estate business, he’s a Managing Partner at Icon Media Direct where, according to the company website, he is the ‘lead strategic point person for many of Icon’s largest clients.’

He’s also ‘often asked to author articles or speak to groups about the future of direct response television and media’, so he’ll certainly know how to handle all the press that comes with this explosive series.

It has yet to be confirmed if he will be returning for further seasons, but we can’t imagine Chelsea would have it any other way.

Oh, and if you’ve already made your way through most of season five, this season Selling Sunset will have its first-ever reunion show, filming on Sunday and hosted by Tan France from Queer Eye.

No release date has been announced yet, but keep your eyes peeled.

Selling Sunset season 5 is available to stream on Netflix


MORE : Selling Sunset: Who is Christine Quinn’s husband Christian Richard and what does he do?