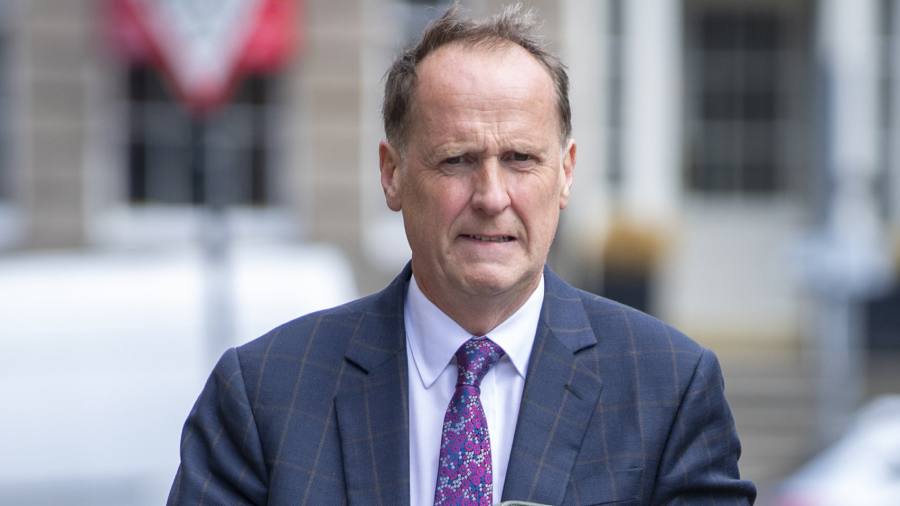 One of the UK’s largest energy groups has told ministers that a rescue plan to protect households from rising bills will need funding of more than £100bn over two years, underlining the scale of the crisis engulfing Britain as gas prices surge.

Keith Anderson, chief executive of Scottish Power — one of the “Big Six” energy suppliers — last week met business secretary Kwasi Kwarteng and proposed capping household energy bills at around £2,000 a year, according to people with knowledge of the talks.

Liz Truss, the leading candidate for the Tory leadership, has acknowledged that new support for households could be needed, with the rise in bills expected to accelerate, but has maintained her distaste for “handouts”.

However, the government has become increasingly concerned at the scale of the energy shock in recent weeks as gas prices have risen sharply.

Philippe Commaret, managing director of customers at energy supplier EDF, warned on Tuesday that the UK was facing a “catastrophic winter”, telling the BBC that half of all households could fall into fuel poverty without intervention.

Under Anderson’s proposal, household bills would be frozen for two years near the current £1,971 price cap, which is already close to double the typical bill of 18 months ago.

Households face another jump in the “cap” on energy bills on Friday when energy regulator Ofgem is due to announce a new limit, which analysts expect to exceed £3,000. Banks and consultancies are projecting that the cap will be lifted above £5,000 by April.

Under the Scottish Power proposal, suppliers would cover the gap between the cap and the wholesale price of gas and electricity by borrowing from a “deficit fund”, arranged by the government through commercial banks.

The cost would be gradually paid off by the public either through government borrowing funded by general taxation, spread over bills for the next 10-15 years, or split between a combination of the two.

People familiar with the discussions said the “mood music” in the government had shifted in recent weeks as gas prices have climbed, with Russia cutting supplies to Europe in retaliation for sanctions related to its invasion of Ukraine.

Anderson first floated the plan in the spring and had a sympathetic hearing from Kwarteng, according to the business secretary’s allies. Rishi Sunak, then chancellor, instead set up a £15bn fund including one-off payments of £400 to every household in the country.

However, Kwarteng is now in line to become chancellor of the exchequer, with his close ally Truss, the foreign secretary, leading Sunak in the polls for the Tory leadership race.

The business secretary discussed the plan with Anderson in a call on Wednesday last week but made clear that no decision would be made until the Conservative party has chosen a new leader to replace Boris Johnson on September 5, said people briefed on the talks.

The plan would cost more than the coronavirus furlough scheme that paid millions of salaries during the lockdown phases of the pandemic. It cost £69bn between March 2020 and October 2021.

Industry executives involved in the talks said the final cost of the proposal was not fixed. One option would see the government target support only to to the 5mn households that receive universal credit payments rather than all 28mn households in the UK, although there are concerns that the scale of energy bill increases could also overwhelm many higher-earning households.

The cost of the plan could also increase if wholesale energy prices continue to rise, potentially leaving the government with a large uncapped liability.

People familiar with the talks said the proposal could help cool inflation in the wider economy, although many small businesses, which are not covered by the price cap, may need additional support.

Keir Starmer, leader of the opposition Labour party, has said that as prime minister he would cap prices at their current level for six months at the cost of about £30bn.

One government figure said the Anderson proposal showed that industry believes that the crisis could continue for two years.

“It doesn’t just demonstrate the scale of the problem but also the length of time that it’s likely to last . . . it shows how long the industry thinks prices are going to stay high for,” he said.