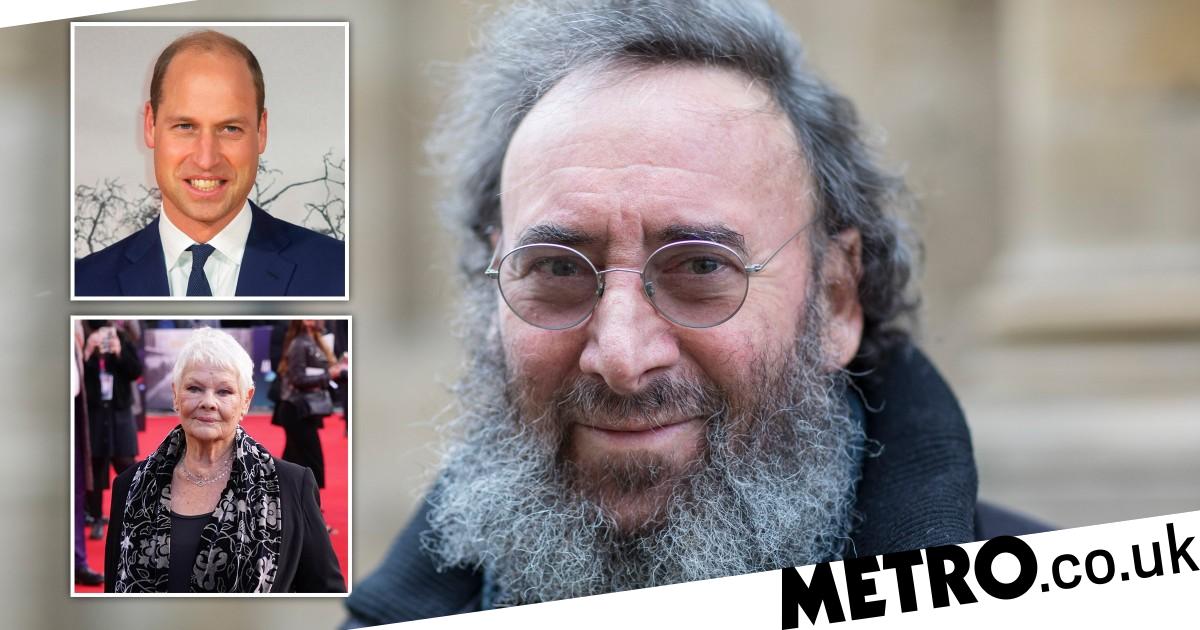 Friends, celebrities and fellow actors have paid tribute to Sir Antony Sher after his death was announced on Friday by the Royal Shakespeare Company.

Dame Judi Dench and Prince Charles are among those lamenting the loss of the veteran actor, who died at the age of 72 after a battle with cancer.

James Bond star Dench, 86, who starred alongside Sher in the 1997 film Mrs Brown, paid tribute to his ‘sublime’ acting skills and ‘incredible intensity’, describing him as ‘spectacular’.

Speaking to BBC Radio 4’s PM programme, Dench said: ‘He could completely immerse himself in a character and make it completely remarkable, but not necessarily on his own terms.

‘He was sublime. He was totally engrossed whenever he was working in that part and in that character.

‘He was one of those remarkable actors who reserved that incredible intensity for the time he was on the stage.

She added that, off stage, ‘he could be very relaxed’, and ‘was very much his own person’.

‘Very retained, very principled, very single-minded about the decisions he made. Which in a way is what made him so remarkable.’

The Prince of Wales, Prince Charles, also paid tribute to the Olivier award-winning actor and said the world had ‘lost a giant’.

In a statement to PA, Prince Charles – who is the president of the Royal Shakespeare Company and so has known Sher for years – said he ‘admired him enormously for the consummate skill and passion he brought to every role.’

‘My most treasured memory of him was as Falstaff in a brilliant production of Greg Doran’s. I feel particularly blessed to have known him, but we have all lost a giant of the stage at the height of his genius.’

He also acknowledged the pain and sorrow his friends and family would be feeling at his loss, particularly his husband Gregory Doran, the artistic director of the RSC.

He said his ‘heart goes out to Greg Doran and to all at the RSC who will, I know, feel the most profound sorrow at the passing of a great man and an irreplaceable talent.’

The prince had noted in 2017 that Sher was his favourite actor.

Renowned theatre and voice actor Brian Blessed , who starred alonside Sher in Richard III, also spoke to BBC Radio 4 where he said the actor had ‘revolutionised’ the role.

‘He revolutionised Richard III entirely. Amazing imagination, amazing vocal power. He hobbled around the set like a great bottled spider. He would terrify the audience in the first few rows.’

Tributes also flooded in on Twitter, including from the National Theatre, with director Rufus Norris saying ‘one of the great titans has left us’.

Sher’s husband Doran had announced in September of this year that he would be taking leave to care for his spouse, revealing that Sher had been diagnosed with a terminal illness.

South African-born Sher and Doran tied the knot in December 2005, on the first day same sex couples could legally form a civil partnership in the UK.

As well as his stage work, Sher had also appeared in films including Shakespeare in Love and Mrs Brown, as well as TV series including The History Man and Murphy’s Law.

He had joined the RSC in 1982, winning an Olivier Award in 1985 for Richard III, later becoming an honorary associate artist with the company, and was knighted in the year 2000.