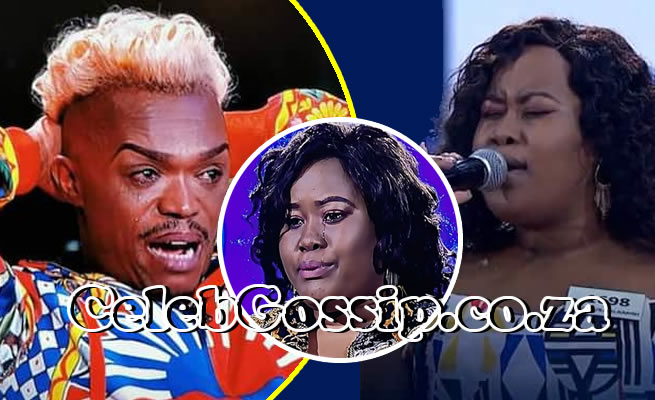 The popular talent competition has been in the firing line recently with viewership dropping and many fans were very upset with the latest developments.

Lerato, Nandi, Nozi, Kabelo, Ty Loner, Mpilwenhle, Noxolo, Tesmin-Robyn, Hope, Zee, Thapelo and Ceejay made it through to the next round.

Dudlu took to social media and bowed out of the competition gracefully:”Thank you everyone for showing some love from day one till today, you guys are the real superstars. You know how to make one special. Unfortunately, my road on Idols ends here but not as a musician✨”

However, viewers of Idols SA have started a petition to reinstate DudluKaDlamini and now Idols SA judges are in hot soup and under pressure to bring her back to the show. On Sunday night Idols SA judges came under fire after they eliminated Dudlu who did not make it to the top 12 and South Africans believe she deserves a place in the top 12.

A petition to have her reinstated has amassed more than 3800 signatures in 18 hours. “DudlukaDlamini is a good and talented singer and was Unfairly judged, her last performance on idols season 18 was on fire, and she could’ve made it to the Top 12 season 18,”read the petition.

Zandile Mashaba who started the petition said “It’s grossly unfair to have criteria and then choose to aggregate contestants instead of judging them on merit. The standard of pop culture in SA is not the same as in the US. We don’t care if she’s a size 8 or 16. All we care about is whether a contestant can sing or not and this child can saaang. Better than some of the kids in the top 12.”

Where is the petition guys. We want Dludlu back and this sarafina what what to go home #IdolsSA

I still don’t Believe that Dudlu and Donda are out on #IdolsSA. These competition it’s losing its value every year coz of bias Judges.

The other lady didn’t sing well but coz of Sarafina story, she went through 🤦🏽‍♂️ https://t.co/dsMx0mEYq8

Idols SA lost scores of viewers during its Season 18 debut month. The singing competition’s ratings have taken a nose dive since it introduced new judges, Thembi Seete and rapper JR.

According to entertainment commentator Phil Mphela, the return of fan-fave Somizi Mhlongo has also not worked in the show’s favour.

Phil took to Twitter to report that the current season peaked at only 744 000 viewers in July. He captioned his post:

“TV: Idols SA ratings slump. Season 18 debut month has been a lukewarm affair. The intro of new judges and the return of Somizi seems to have not lured disinterested viewers back. New season peaked at 744K viewers during July — far cry from seasons past debut.”