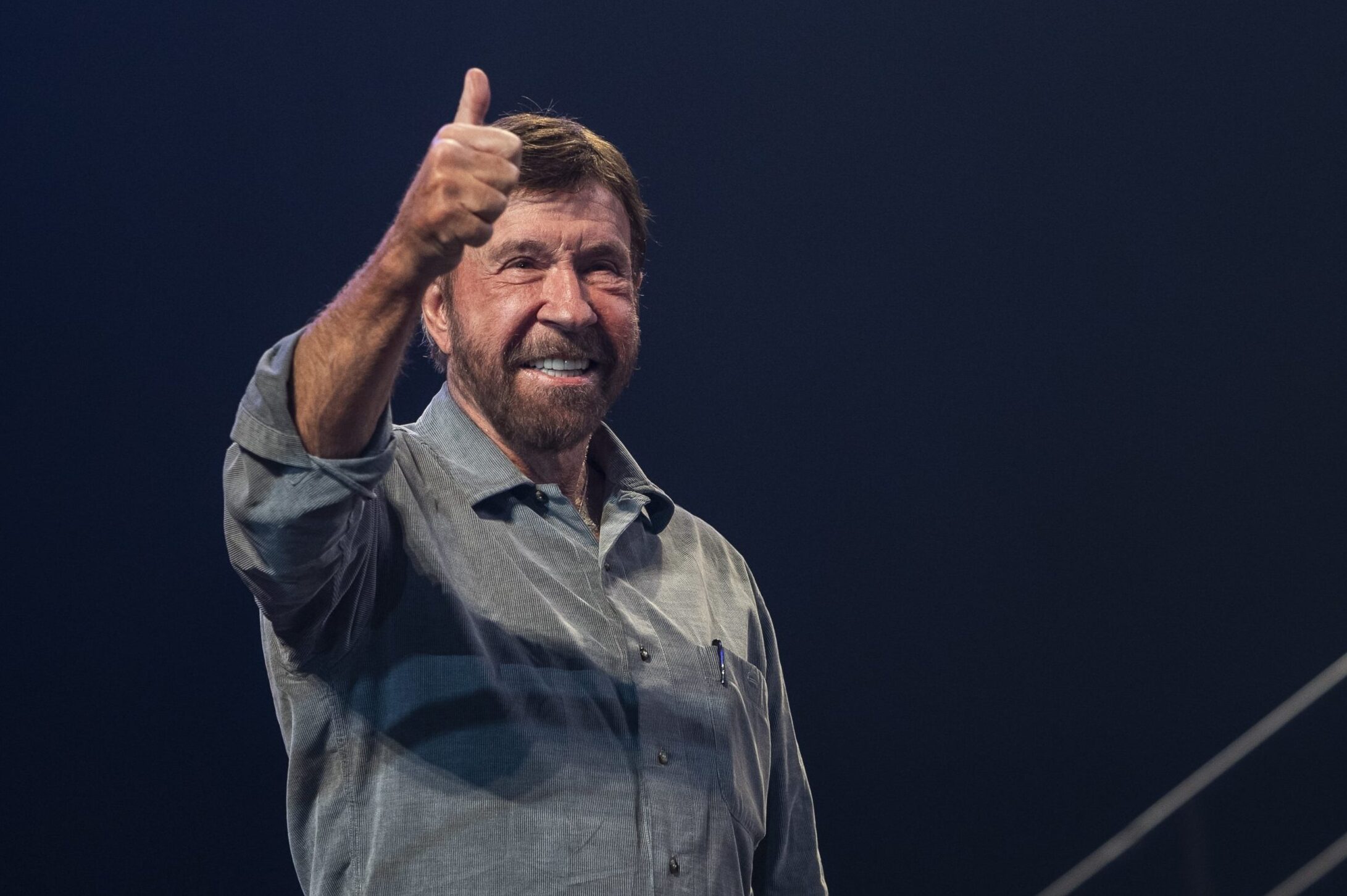 Chuck Norris may have a black belt in Tang Soo Do, Brazilian jiu jitsu and judo, but he’s perhaps best known for the satirical factoids in his name that have become an internet phenomenon.

These ‘facts‘ are absurd hyperbolic claims about Norris’ toughness, attitude, sophistication and masculinity.

Norris has stated that his personal favorite ‘fact’ is that people wanted to add his face to Mount Rushmore, but the granite was not tough enough for his beard.

1. When Chuck Norris left for college he told his father, “You’re the man of the house now.“

2. When the Boogeyman goes to sleep every night he checks his closet for Chuck Norris.

3. The flu gets a Chuck Norris shot every year.

4. Chuck Norris is the reason that Wally is always hiding.

6. When Chuck Norris looked into the abyss, the abyss looked the other way.

8. If Chuck Norris was on the Titanic the iceberg would have dodged the ship.

9. Once a cobra bit Chuck Norris’ leg. After five days of excruciating pain, the cobra died.