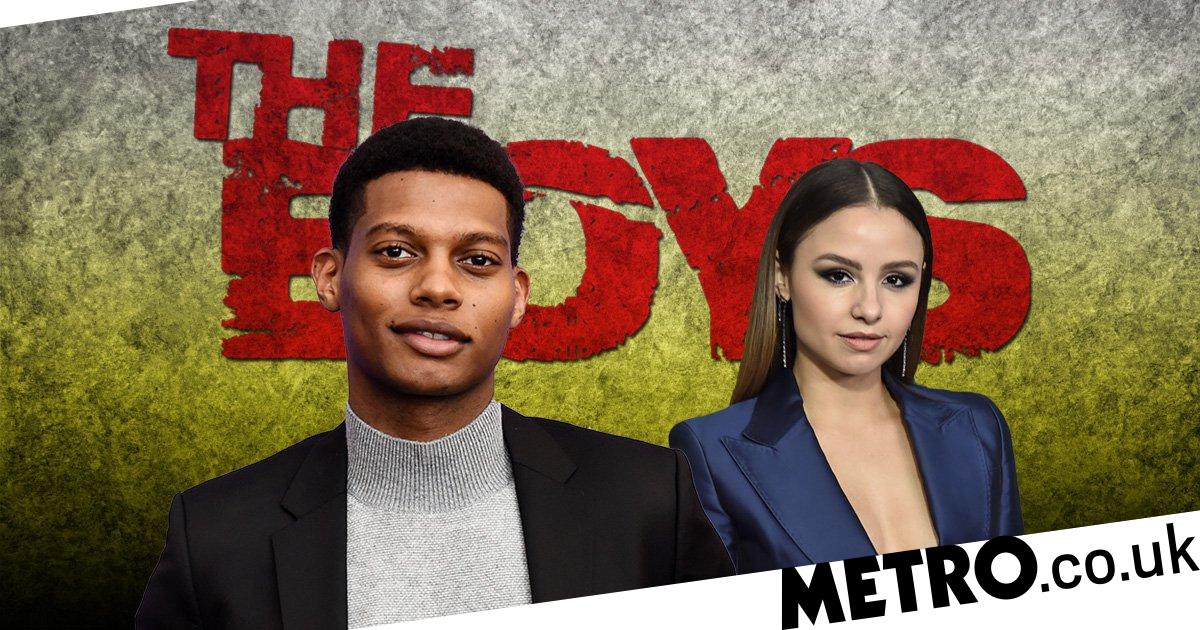 Aimee Carrero and Shane Paul McGhie have ditched their lead roles in upcoming The Boys spin-off.

Despite being cast as lead roles in the college-set new series, the pair have now departed, with Carerro instead joining another upcoming Prime Video dark comedy, The Consultant.

Both their roles in the highly anticipated The Boys spinoff are due to be recast.

The show, which is set at America’s only college for young-adult superheroes, has been in the works for over a year, with Carrero and McGhie originally being cast last spring.

Deadline has claimed the pair have ditched the spin-off for a variety of factors, including the long process production is undergoing, as well as changes from the original vision of the project the actors had signed up to.

The creative direction supposedly changed after showrunners Michele Fazekas and Tara Butters came on board in September last year.

Despite his departure, reports suggest McGhie may play another character in The Boys universe at some point in the future.

As well as The Consultant, where Carerro will join Christoph Waltz and Nat Wolff, she also has a recurring role in the Paramount+ mini-series The Offer, about the making of The Godfather, due to premiere at the end of April.

The Boys, originally based on Garth Ennis and Darick Robertson’s comic book of the same name, first premiered in 2019 and quickly became one of Amazon’s highest rated originals on IMDB.

The highly popular series was created by Seth Rogen, Evan Goldberg and Kripke, and is essentially the antithesis of the traditional superhero legends.

Lead by supervillian Homelander (Antony Starr), The Seven (who are painted as the saviours of the United States) are actually a team of caped crusaders using their incredible superpowers for selfish gains.

America is blindsided by the slickest PR machine going, much like the very real idolisation of celebrity culture, and in turn, the squad of supers can quite literally get away with murder.

As the episodes get darker and darker, the story follows Hughie Campbell (played by Jack Quaid) who sets out to get his revenge on the super speedy Seven member A-train (Jessie Usher) who ploughed down Hughie’s girlfriend in season one.

In his quest for revenge, Hughie’s world turns upside down when he befriends the vigilante group, The Boys, lead by chief rebel Billy Butcher (Karl Urban).

The spinoff series follows another group of superheroes/villains before they’ve reached adulthood, when they’re only lowly, hormonal, competitive ‘supes’ making their way through their specialist college.

The Boys Seasons 1 and 2 are available to stream on Amazon Prime.


MORE : Super Mario Bros. is on Amazon Prime and video game movies have never been better