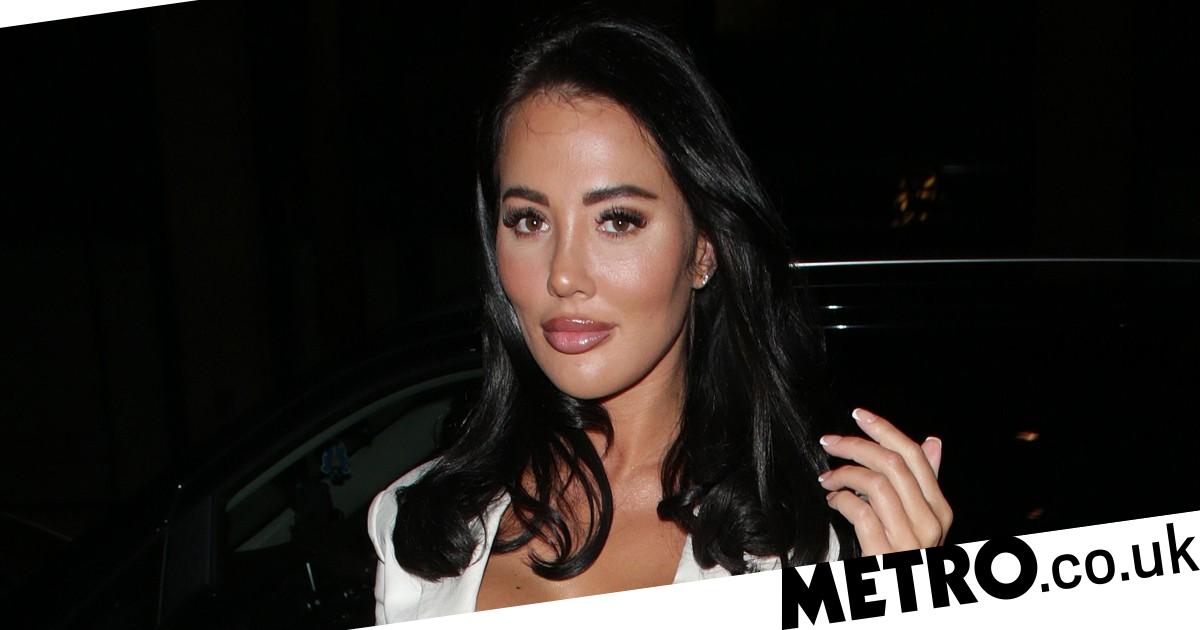 The Only Way Is Essex star Yazmin Oukhellou has bravely spoken out about her experience with domestic abuse and how it affected her mental health.

The reality star, 27, opened up about being ‘physically, mentally, emotionally and spiritually’ abused, admitting she only just feels ready to share her story.

Taking to Instagram to use her platform of 673k, Yazmin shared a video revealing she feels like ‘this has happened for a reason’ to ‘use my platform for good and help as many of you as I can going through the same as what I did.’

She recalled times when she ‘was left battered, bruised, fearing for my life on so many occasions,’ revealing she even contemplated ending her own life because she ‘felt so worthless and just couldn’t see a way out.’

‘I was blackmailed with private photos, beaten up, belittled, made to feel crazy, cheated on and isolated from my family and friends. I now look back and cannot believe how I stayed for so long and how I allowed myself to be treated so terribly,’ she said.

‘Now I am out of it and can see clearly again because anyone in a situation like I was will know what I mean when I say you feel as if your brain feels fuzzy like you’re not even really here but you are it’s the strangest feeling. I look back and think how did I put up with that torture for so long.’

The TV star said she made out to the world and her loved ones that she ‘had the perfect life, when the reality was worse than you could ever imagine.’

Yazmin went on to announce a retreat she has created ‘with a team of experts’ to help others.

She said: ‘I’ve now created a programme with a team of experts to help you so that you don’t have to suffer or be glued to YouTube videos on “how to get out of an abusive relationship” like I was or constantly arguing with your friends and family when they say “just leave him” yet you don’t even understand why it’s not that easy for you to just leave.’

Yazmin said she only left when ‘it got so bad and my face was so battered, bloodied and bruised that I knew the next time this happened my parents wouldn’t have their little girl anymore.’

Her heartbreaking post ended on an uplifting note, however, as she described the moment she realised that she did ‘NOT deserve this torture anymore’ and it was ‘NOT my fault.’

The influencer had ‘intense therapy’ and confided in her loved ones and has now decided that it is her ‘purpose’ to share what she went through.

She highlighted that the ‘signs to look for on how we can be manipulated and conditioned into these situations’ should be taught in schools.

The Instagram fave has now branded it her ‘mission’ to support and inspire others, promoting her ‘worldwide retreat’ to teach self-love and ‘help stop domestic violence.’

Yazmin was inundated with messages of love and support, particularly from fellow Towie cast members.

Harry Derbidge commented: ‘Can’t believe this has happened to you too babe, you are such a pure soul and the most loveliest girl x always here for you babe and well done on speaking out.’

Yazmin joined the Towie fam with her then-boyfriend James Lock in 2017 has gone on to become one of the show’s biggest names.


MORE : ‘Not a victim but a survivor’: Pamela Anderson ‘setting the record straight’ surrounding her personal and professional life in Netflix documentary