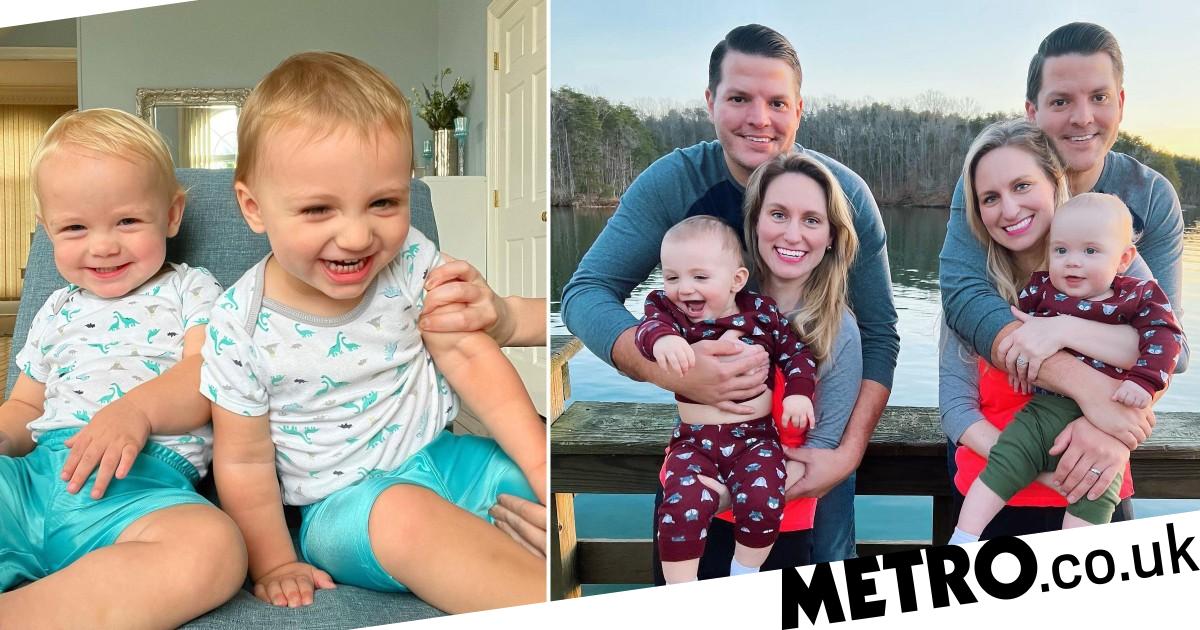 If you’ve never wondered what would happen if two identical sisters married two identical brothers and they both had babies at the same time, you’re lying.

It turns out, the answer is ‘quaternary twins’ – which means that, while the babies are technically cousins, they’re also genetically brothers.

Twins Briana and Brittany Deane, 35, from Virginia, and twins Josh and Jeremy Salyers are parents to Jax and Jett – who are just three months apart in age.

Because Jax and Jett – who are both one – share the same DNA, they are genetically brothers and the family is one of just 300 quaternary families in the world.

‘They were born to identical twin parents less than nine months apart. Twins married to twins who both have babies at the same time,’ Brittany said.

Jeremy told Entertainment Tonight: ‘I feel like I’m Jett’s parent and I think [Josh] feels the same way about Jax.

‘We’re raising the kids together so it feels like just one family unit.’

Brittany and Briana met Josh and Jeremy at a festival for twins in 2017 and, following a whirlwind romance, the men both proposed six months later.

The couples garnered so much attention that their wedding – where there were 15 more sets of twins on the guest list – even aired in a TLC special called Our Twinsane wedding.

They married in, you guessed it, Twinsburg, Ohio in August 2018 wearing identical dresses, and broke the news of their shared pregnancies in August 2020 with a Baywatch-themed photoshoot.

The men even popped the question at the same time with identical custom rings.

Josh and Jeremy had vowed to each other that they would only ever marry another set of twins.

‘Me and Josh always knew we had to find our twins if we were going to get married — and we told each other that we’ll never be able to unless we find a set of twins that we could fall in love with and marry,’ Jeremy said.

‘We got lucky enough to find them, we couldn’t be happier.’


MORE : Why it’s important for everyone with breasts to practice breast awareness