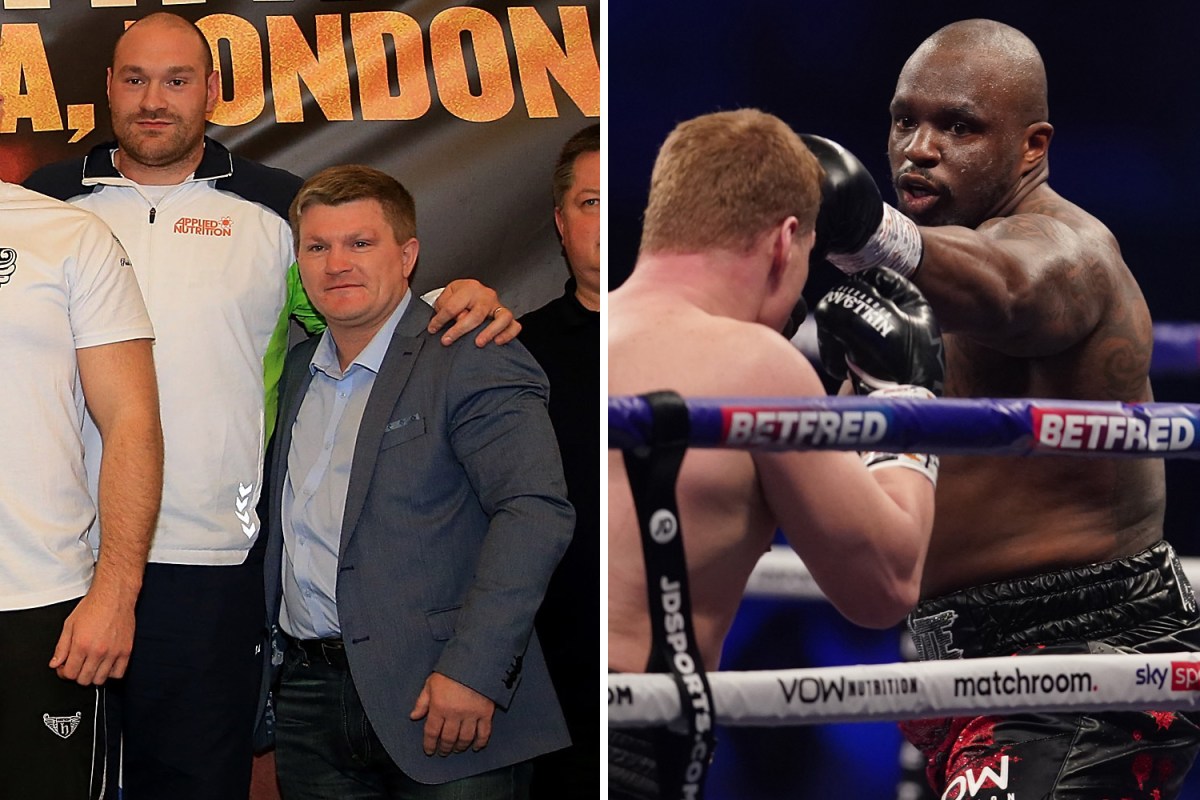 The heavyweight rivals were subject to a record-breaking purse bid which was won by Fury’s promoter Frank Warren following a £30.6million offer.

And all that is left is confirming the date and venue before contracts can officially be signed.

He told The Metro: “I’m delighted for Dillian – the poor sod have been waiting for ever and a day for his chance.

“But I think it is a fight Tyson can make as hard or as easy as he wants. It all depends on how he comes out in those opening rounds.

“If Tyson tries to outbox him, he will do just that and could have a very comfortable night.

“But if he wants to go toe-to-toe and have a war, he is handing Dillian his best chance of winning that fight.”

Since Fury linked up with Sugarhill Steward – nephew to the legendary Emanuel – he has transitioned into an aggressive front-foot fighter.

But Hatton, 43, fears the powerhouse tactics which twice beat Deontay Wilder, 36, could suit Whyte down to the ground.

As a result, he urged Fury to sprinkle in the slick style that fans had been so accustomed to.

Hatton said: “A bit of the old Tyson Fury might be what is needed. Slow him down and break him down a bit.

“We’ve seen what Alexander Povetkin and Anthony Joshua did to him, we know Whyte can be knocked down, we know he can be hurt.

“I just think if Tyson, especially early on in the fight, reverts to the old Tyson, utilising that movement, making his opponent fall short, leaning on him and letting him [Whyte] blow himself out a little bit, he’ll have an easier night.

“But if he goes into the trenches immediately like he has done in his last two fights against Wilder, it could be dangerous.

“Tyson performed incredibly well in those last two fights against Wilder. But I think a different game plan might be needed for this one.”