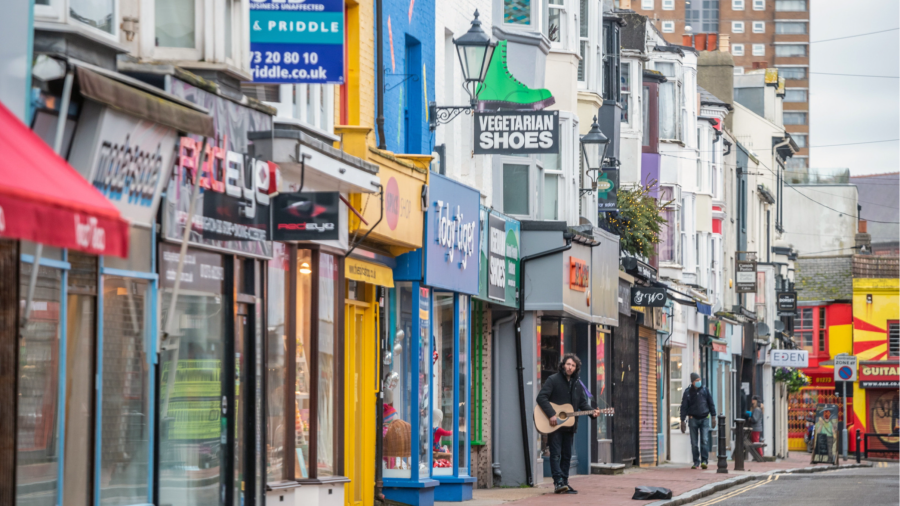 The coronavirus pandemic dealt the UK economy a larger blow than previously estimated, according to official data on Monday that showed the country recorded its biggest fall in growth in gross domestic product since 1709.

The Office for National Statistics said it had revised down annual volume GDP growth in 2020 by 1.7 percentage points, meaning that it fell by 11 per cent, the largest in more than 300 years and the worst recorded among G7 countries.

Craig McLaren, ONS head of national accounts, said “the updated estimates for 2020” showed that “overall, the economy fared worse than we initially estimated”.

The revision means that the economy could now be smaller than initially estimated, and could suggest that the UK faced a cost of living crisis before it managed to recover fully from the hit of the pandemic.

Because of the downward revision for 2020, “growth in 2021 and 2022 will be starting from a lower point than we previously estimated”, added McLaren.

“The UK economy’s structural problems, therefore, look even worse than before, with output still well below levels before Covid struck, despite very low unemployment and significant increases in government spending,” said Tombs.

Even before the revisions to the 2020 data, the UK’s economic recovery was lagging that of other countries. In the second quarter of this year, output in the US was 2.5 per cent above pre-pandemic levels, while eurozone output was 1.4 per cent larger.

In 2020, Covid-19 restrictions resulted in a sharp drop in output in most countries, but the double-digit fall registered in the UK compares with contractions of between 3.4 per cent and 5.2 per cent in the US, Canada, Japan and Germany.

The ONS’s revision could also lead to the Bank of England’s already bleak economic forecast proving optimistic, unless there are upward revisions to the latest data or forecasts.

The BoE this month forecast that by the third quarter of 2025, the latest forecast period, the UK economy would be 0.8 per cent smaller than before the pandemic.

This is because the central bank expects the economy to enter a prolonged recession from the end of this year as a result of inflation, which it forecasts to reach 13% in the autumn. But its estimates were based on stronger growth rates in each quarter of 2020 than the revised ones.

The ONS now forecasts that the economy fell 21 per cent in the second quarter of 2020, rather than by 19.4 per cent as estimated previously. It also revealed that the GDP contraction was marginally larger in the first three months and the recovery weaker in the third and fourth quarters of 2020.

The revised data showed the health sector performed worse than previously calculated. Retailers and wholesalers also sold less than initially thought during the pandemic. Meanwhile, manufacturing output is now estimated to have notched up 0.1 per cent, revised up from a previous 8.9 per cent fall.

However, Martin Beck, chief economic adviser to the EY ITEM Club, warned that it might be too early to judge the status of the economy as the ONS had yet to calculate the implications for 2021 and 2022.

“Eventually, the ONS is likely to say that while the downturn was deeper in 2020, the recovery afterwards was stronger, essentially keeping things in the same place as before,” he added.