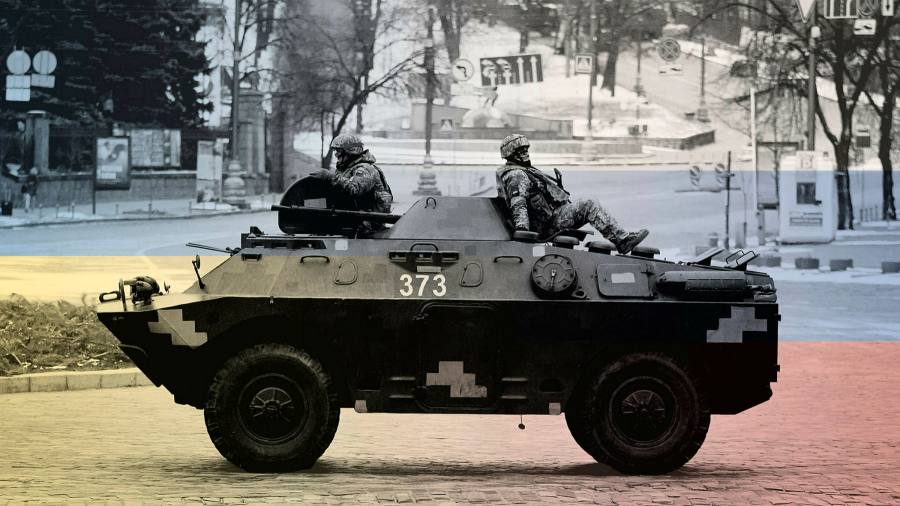 Boris Johnson, the UK prime minister, has urged the west to stand firm against attempts by Russian president Vladimir Putin to rewrite the rules-based international order by force, as he set out a “six-point plan” for handling the crisis in Ukraine.

“It is not enough to express our support for the rules-based international order — we must defend it against a sustained attempt to rewrite the rules by military force,” Johnson said.

“The world is watching. It is not future historians but the people of Ukraine who will be our judge.”

Johnson set out his plan in an essay in the New York Times, in which he called for renewed diplomatic efforts to de-escalate the crisis “but only on the basis of the full participation by the legitimate government of Ukraine”.

He also called for the mobilisation of an international humanitarian coalition for Ukraine, more equipment to allow Kyiv to defend itself, maximum sanctions against the Putin regime and a “rapid campaign” to strengthen resilience in Europe.

He said the west should also be wary of the “creeping normalisation of what Russia is doing in Ukraine”.

“Putin must fail and must be seen to fail in this act of aggression,” he said.

On Monday, Johnson will welcome Justin Trudeau and Mark Rutte, his Canadian and Dutch counterparts respectively, to Downing Street for discussions on how to show solidarity with Ukraine.

Meanwhile, on Tuesday, he will host leaders of the “V4” group of central European nations — the Czech Republic, Hungary, Poland and Slovakia — to discuss the crisis.