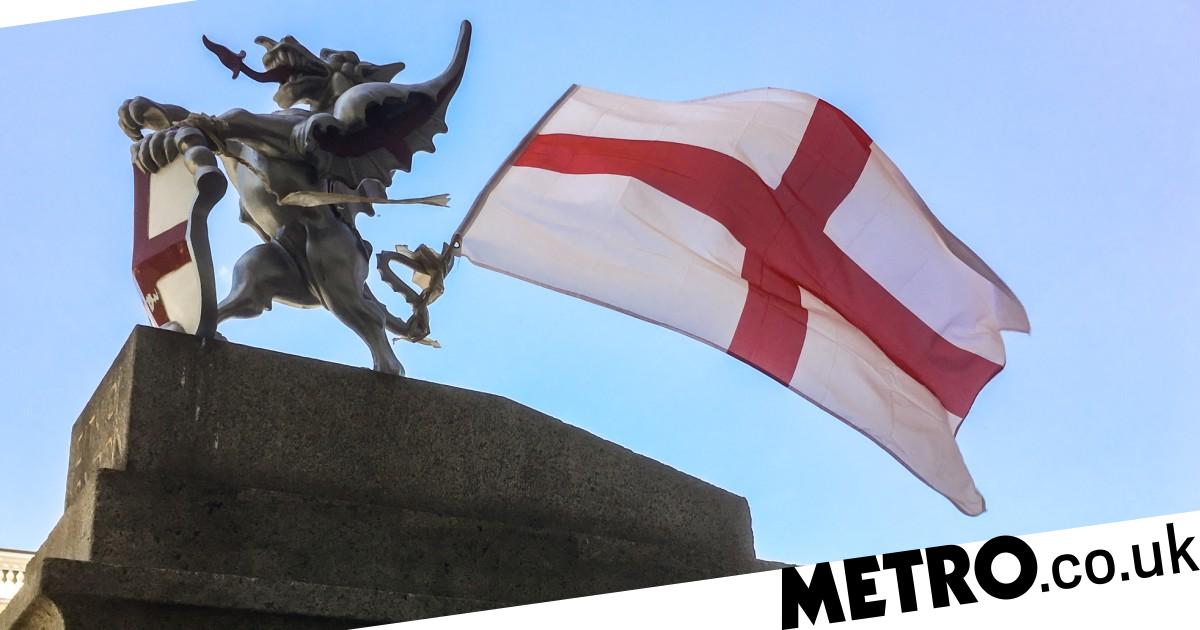 Every year, we celebrate the four patron saints of England, Wales, Scotland, and Ireland.

St George’s Day, also known as the Feast of Saint George, falls in April and is celebrated not only in the UK but in other countries such as Greece, Portugal and Russia.

To mark the occasion, there’s a day full of celebrations commemorating the legends around St George – on the anniversary of his death.

The annual parade and festivities which usually take place have been moved online this year, due to the coronavirus pandemic.

This is the traditionally accepted date of the saint’s death in the Diocletianic Persecution.

In England, celebrations are normally held across the country for the feast day, including an annual commemoration in London’s Trafalgar Square.

However, due to the coronavirus pandemic, most events that are usually held have been cancelled for the last two years.

Who was St George?

St George is the patron Saint of England – so April 23 is viewed as the country’s national day.

According to legend, St George was a soldier in the Roman army who killed a dragon and saved a princess.

It’s thought St George killed the beast on the flat-topped Dragon Hill in Uffington, Berkshire, where it is said that no grass now grows where the dragon’s blood trickled down.

St George was also persecuted by the Roman army and eventually executed for refusing to give up his Christian faith.

What nationality is he?

Despite being England’s patron saint, it’s widely believed that he was born in Cappadocia – now part of modern-day Turkey. But others think he came from Syria, Palaestina.

Why is Saint George the patron saint of England?

St George was chosen as England’s patron Saint in 1350, by King Edward III.

He was admired for his bravery and was popular among European Knights and military men.

Did he really kill a dragon?

While all the above has been proved to have happened, the dragon battle – which came to cement George’s popularity – did not.

Also there are several conflicting legends about when George actually died and who put him to death anyway, so the details are all very hazy.

The story of George slaying the dragon comes from The Golden Legend written by 13th-century Archbishop of Genoa Jacobus de Voragine.

The legend, which became embellished by other medieval writers, states that Saint George used a lance called Ascalon (named after a pace in Israel) to slay a dragon and save a princess in Silene in Libya.

This feat of bravery then led to the Christianisation of the kingdom in the myth.

What are some fitting quotes for St George’s Day?

‘Saint George he was for England, And before he killed the dragon he drank a pint of English ale out of an English flagon.’ – Gilbert K. Chesterton

‘The English nation is never so great as in adversity.’ – Benjamin Disraeli

‘This blessed plot, this earth, this realm, this England.’ – William Shakespeare

‘There is a forgotten, nay almost forbidden word, which means more to me than any other. That word is England.’ – Winston Churchill

‘England with all thy faults, I love thee still – My country! and, while yet a nook is left Where English minds and manners may be found, Shall be constrained to love thee.’ – William Cowper