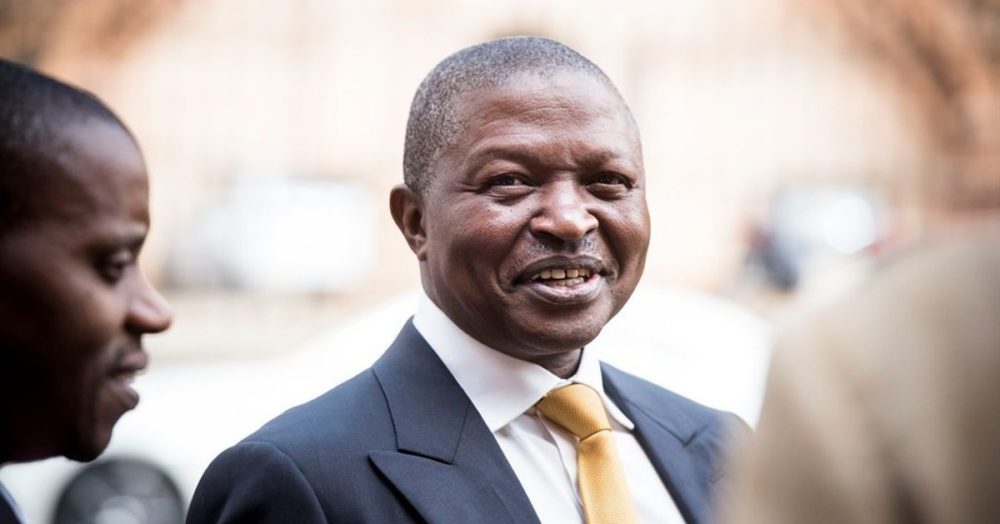 Johannesburg – Despite all the strides made in the fight against HIV and AIDS, the country continues to suffer setbacks in human progress.

These include teenage pregnancy, gender-based violence and femicide (GBVF), stigmatisation of those who are HIV positive, killings in the LGBTQIA+ (Lesbian Gay Bisexual, Transgender, Queer, Intersex and Asexual) community, and ritual killings especially those with albinism as well as continued hesitancy to take the COVID-19 vaccine.

“We say all this mindful that the key and vulnerable population including people living with HIV continue to experience discrimination that can affect their quality of life and wellbeing,” said Deputy President David Mabuza, who was speaking in his capacity as Chairperson of the South African National AIDS Council (SANAC).

Unless this phenomenon is curbed, said the Deputy President, there will continue to be serious barriers to HIV and TB testing, prevention, access to treatment, care and the mitigation of the impact of these epidemics.

The Deputy President led the official commemoration of World AIDS Day on Wednesday, the day that marks 40 years since the first cases of AIDS were reported.

He was talking under this year’s national theme, ‘Working Together to End Inequalities, AIDS, TB, and COVID-19. Get Tested. Get Vaccinated. Adhere to Treatment’.

Citing a United Nations (UN) report, he said five out of six new infections in Sub-Saharan Africa was among adolescent girls aged 15 to 19, while teenage girls and young women between ages of 15 and 24 account for 24% of HIV infections despite them representing 10% of the population.

In addition, AIDS remains the leading cause of death for adolescent girls and women aged between 15 and 49 years.

It is for this reason, he said, SANAC has been holding a series of engagements with various leaders from all sectors of life to address structural barriers and social determinants of the spread of HIV and AIDS.

Meanwhile, he told the attendees that the government has agreed to strengthen its role in the integrated response to the dual epidemics of HIV and TB as well as the COVID-19 pandemic.

This also includes upscaling their interventions to end HIV as a public health threat by the year 2030.

“Furthermore, we have agreed to work together in addressing GBVF and promote gender equality and the empowerment of women to reduce the vulnerability of women and girls to HIV/AIDS.”

This also means regulating the licenses for liquor outlets in communities and campaigning for the elimination of drugs and substance abuse to ensure children are freed from this scourge.

Deputy President Mabuza also shone the spotlight on the empowerment of women and girls to take charge of their sexual and reproductive health and reproductive rights. He has since described the Statistics South Africa report that more than 34 000 teenage girls gave birth in 2020, of which 688 were younger than 10 years of age as concerning and a source of shame.

“We cannot even begin to characterise this as teenage pregnancy, but acts of crime that need to be prosecuted. We must stand up against this social ill and call on law enforcement agencies to track these violations.”

He also took the time to remember those who have succumbed to AIDS over the years.

Despite the vast knowledge of the disease, he said HIV deaths remain high in Sub-Saharan Africa, with the region accounting for more than half of infections in the world.

“As we battle the COVID-19 pandemic, let us not let our guard down in the fight against HIV, TB, and sexually transmitted infections as these equally continue to claim many lives daily.”

By working together, he believes the country can end inequalities as well as AIDS, TB, and Coronavirus.

He urged people to get tested and adhere to treatment.

He said the government was determined to end AIDS as a public health threat by 2030.

“When those who have tested positive take the antiretroviral treatment properly, this improves the quality of life thereby ensuring that one enjoys a lifespan that is similar to that of an HIV negative person, especially if you start treatment early enough.”